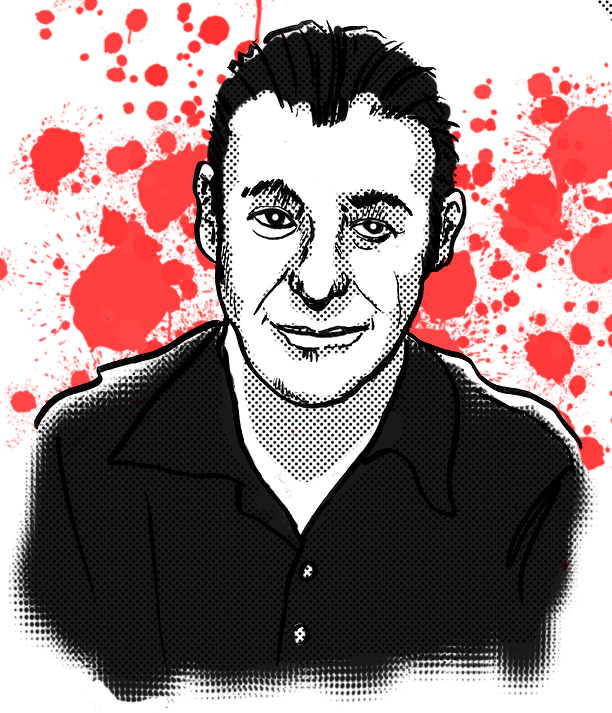 Creighton Chaney changed his name to the more familiar “Lon Jr.” to, no doubt, cash in on his father‘s popularity. Actually, Lon Jr. was discouraged by his father from entering the field of acting and didn’t do so until after his father’s death.

He was best remembered for his role in the 1941 Universal horror film The Wolf Man and its sequels. He portrayed troubled “Larry Talbot” in nearly every incarnation of the character, even after the character was seemingly killed in some films. Although he was closely associated with the Wolf Man character, he is the only actor the portray all of the top Universal monsters – Dracula, Frankenstein’s Monster, The Wolf Man and The Mummy.

Working decidedly outside of his genre, Lon Jr, received critical acclaim for his role of the gentle giant “Lennie Small” in the stage production of Steinbeck’s Of Mice and Men. He reprised the role in the film version.

Lon Jr. worked into the early 1970s with a slew of low-budget films like the infamous Spider Baby and guest roles in TV series like The Rifleman, Route 66 and even The Monkees. He passed away in 1973 at the age of 67. As per his wishes, his body was donated to medical research.