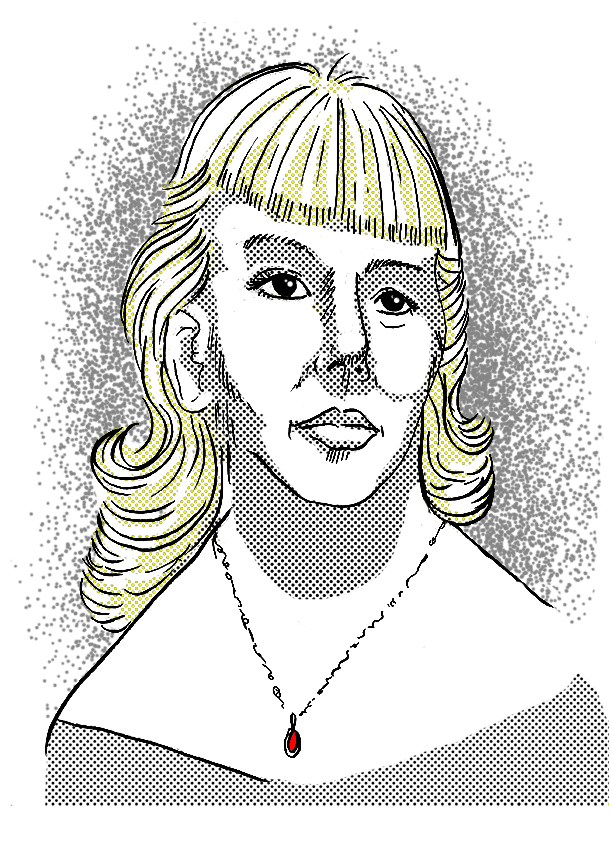 Terry Burnham was a natural actress. She made her television debut at 6 years-old with a bit part in an installment of the anthology series Climax!, best known for introducing the James Bond tale Casino Royale. Terry appeared in small roles on I Love Lucy and The Danny Thomas Show, leading up to her most notable role. In a late Season One episode of Twilight Zone entitled “Nightmare as a Child,” Terry was suitably creepy as the younger self of star Janice Rule. Acting well beyond her years and limited experience, Terry’s performance was memorable among fans of the series and was instrumental in maintaining the malevolent tone of the episode.

Terry continued to land roles in episodic television, including five different episodes of Wagon Train playing five different characters. In between TV parts, she made the jump to motion pictures. She played Sandra Dee‘s character as a child in the 1959 remake of Imitation of Life and, later, she was cast as Bob Hope’s daughter in the 1966 mystery send-up Boy, Did I Get a Wrong Number! As a teen, she appeared as Cissy’s friend in two different episodes of Family Affair. In 1971, at 22, she made her final filmed appearance in the moral-leaning syndicated series Insight.

And then, Terry Burnham disappeared.

In 2010, an auction was held for the contents of a storage locker in Southern California. The high bidder found a cache of personal items — tax documents, pay stubs, letters, medical records, contracts and loads and loads of photographs. The photos were promotional in nature and depicted a cute, smiling little blond girl — Terry Burnham. Over the next few months, many of these items would pop up at area flea markets and swap meets. Leonard Lightfoot, a moderately successful character actor, bought a lot of Terry’s belongings at various flea markets. He sold the bulk of them on eBay, splitting most between two specific collectors — one in the eastern United States, the other in Australia. The domestic collector tried to contact Terry to return the items. He located her last known address — at a Compton, California trailer park — but, after many attempts, his efforts were unsuccessful. The Australian collector hung onto his purchases, among which were Terry’s birth certificate, high school diploma and graduation tassel. While sifting thorough his collection, he noticed that signatures had been cut from contracts. These had most likely been sold along the way with a photograph of the actress.

In 2013, Terry Burham passed away at the age of 64. Because she had no immediate family and a “next-of-kin” could not be located, her body became the property of the County of Los Angeles. According to LA County law, unclaimed bodies are cremated if no one comes to retrieve them within a month of death, after which the cremains are kept in the county coroner’s office for another three years. After that time, anyone who shows up and pays the $340 cremation fee can do so and take possession of the cremains. This was the fate of Terry Burham. Her cremated remains were purchased by a New York fan in hopes of giving the actress a proper, dignified burial. He set up an online fundraiser to pay for burial services in Kensico (New York) Cemetery‘s designated Actors Fund plot. This is a section set aside for actors who died without the assets to provide for a burial. Its permanent residents include John Call (who played the title role in the cult film Santa Claus Conquers the Martians) and Sammy Petrillo (notorious for his portrayal of a Jerry Lewis lookalike in the 1952 unintentional comedy Bela Lugosi Meets a Brooklyn Gorilla), among many others. This fan raised sufficient funds and Terry was laid to rest a little closer to her home. She was interred at Forest Lawn Memorial Park in Long Beach, California — five years after her death — on what would have been her 67th birthday.