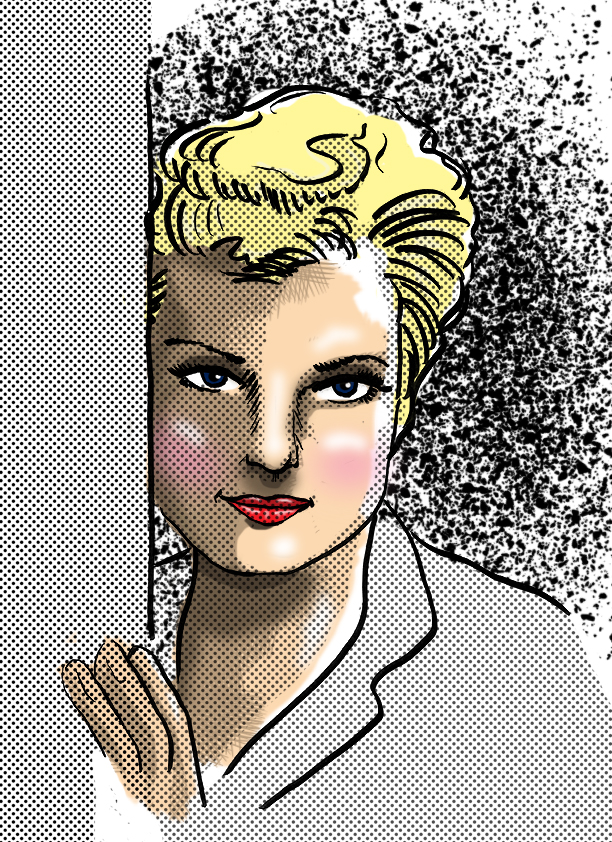 Mimi Forsythe had dreams of becoming an actress. She had hoped that her family’s wealth and influence (her father was an associate of Andrew Carnegie) would advance her proposed career, but it did not. Instead, she married producer Benedict Bogeaus. Mimi headed for Hollywood.

She agreed to appear in an amateur 16mm short subject called Mimi, Queen of the Crap Shooters. The film was seen by another producer and Mimi was cast in the 1943 feature film Three Russian Girls as a replacement for Oona O’Neill, who had bowed out of the project. She made two more films before her marriage began to crumble. Her husband had begun an affair with Hollywood sexpot Dolores Moran. Mimi divorced Bogeaus and sunk into depression. However, Mimi remarried, but her second husband was killed in an automobile accident within a month of the wedding ceremony. Mimi’s depression deepened.

With acting roles dried up and mounting depression, Mimi took her own life in August 1952. She was 30 years old.