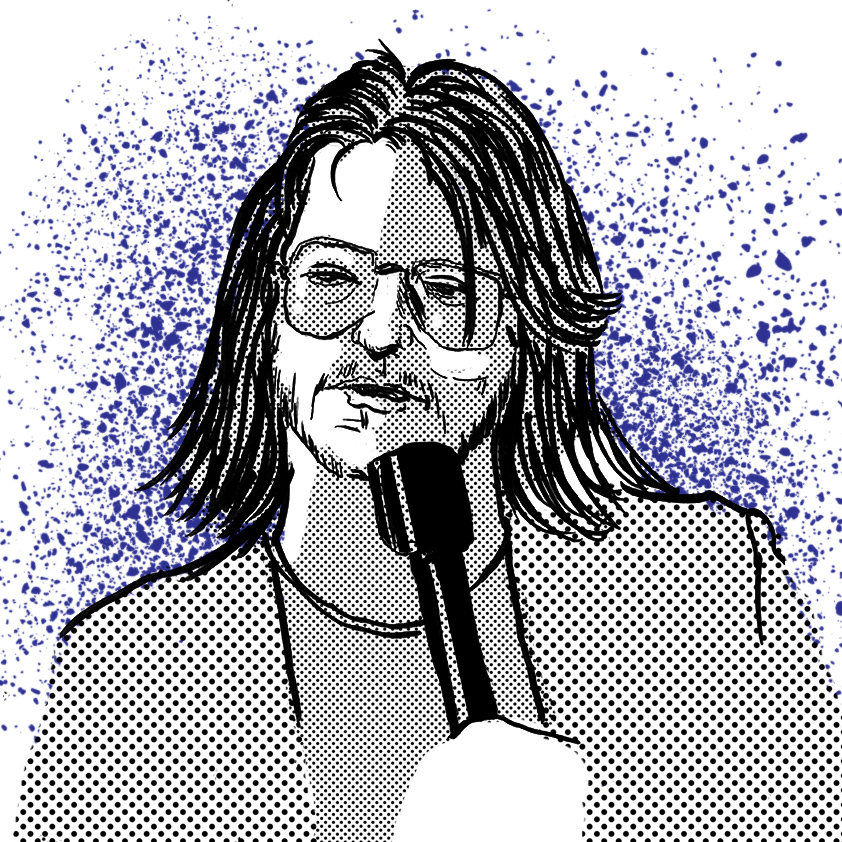 “I wish my name was Brian because maybe sometimes people would misspell my name and call me Brain. That’s like a free compliment and you don’t even gotta be smart to notice it.” — Mitch Hedberg

Mitch Hedberg was a favorite comedian of a lot of comedians. His offbeat delivery and awkward stage presence set him apart from his contemporaries. He would often correct himself onstage, explaining to his audience that he’d come up with a better punchline to a bit. Other times, audience members would yell out the punchlines before Mitch could finish.

In 2005, Mitch was found dead in his Livingston, New Jersey hotel room. He had overdosed on a combination of heroin and cocaine. His cause of death, however, was attributed to a heart defect. Mitch was 37 years old.