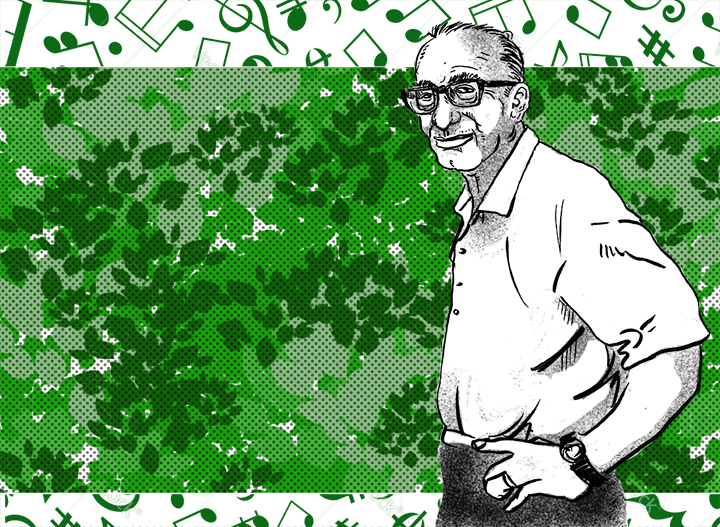 I came upon a child of God/He was walking along the road
And I asked him, where are you going/And this he told me
I’m going on down to Yasgur’s farm/I’m going to join in a rock ‘n’ roll band
I’m going to camp out on the land/I’m going to try an’ get my soul free
We are stardust/We are golden/And we’ve got to get ourselves
Back to the garden

Max Yasgur, a 49 year-old dairy farmer, leased one of his farm’s fields to concert promoters for their Woodstock Music & Arts Festival in August 1969. He hoped that the festival would help his business and close the so-called “generation gap.” Despite being a staunch Republican and supporter of the war in Vietnam, Max welcomed the crowd of hippies, providing free food and water over the course of three days.

He was chastised by his neighbors and, after the festival, was sued by the owners of many surrounding farms for damages… although Max’s farm sustained far more damage.

In 1971, Max sold his farm and moved to Florida. He passed away eighteen months later at the age of 53.