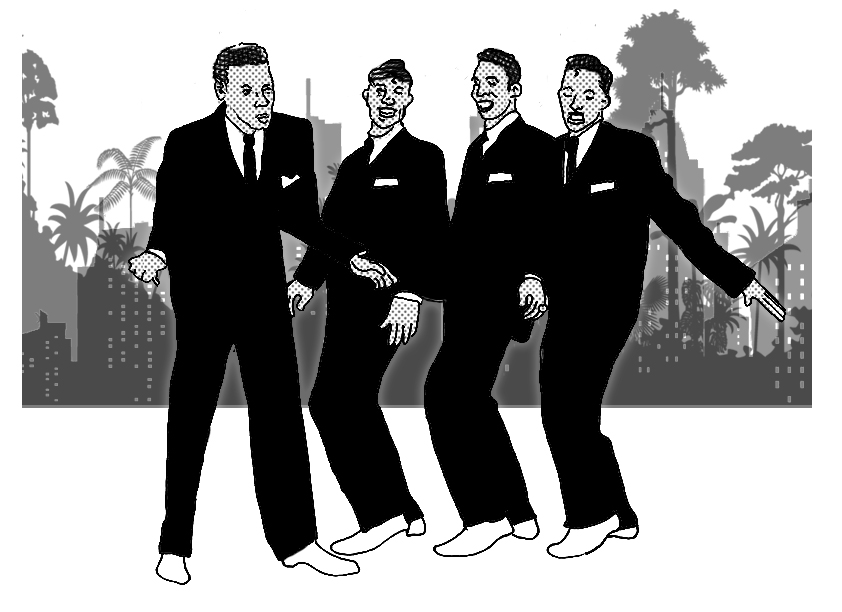 “Stranded in the Jungle” was a novelty pop song written by Ernestine Smith and The Jay Hawks tenor James Johnson. The song, a playful comparison between life in the jungle and life in the big city, was recorded and released by The Jay Hawks in 1956. Just a few weeks later, The Cadets, a former gospel group, sometimes known as The Jacks, recorded their own version of “Stranded in the Jungle.” Their cover climbed the Billboard charts, passing the original, and landing at Number 3 on the Rhythm & Blues chart. Just a week after that, a doo-wop group called The Gadabouts recorded a version of the song, scoring a Top 40 hit themselves.

None of these three bands ever again achieved the success that “Stranded in the Jungle” brought them. The Cadets disbanded, its members forming other groups, including Will “Dub” Jones becoming the bass singer for the more popular Coasters.

In 1974, punk rockers The New York Dolls released a cover of “Stranded in the Jungle” as the first single from their sophomore album. In 2003, flamboyant new wave vocalist Adam Ant recorded a version of the song as part of an EP to raise awareness of the plight of the endangered mountain gorilla in Central Africa, though the project was never released.

Here’s The Cadets’ version…. “Stranded in the Jungle”

(The line “Great Googa Mooga! Lemme outta here!” was supplied by Prentice Moreland who performed with The Cadets just this one time. Prentice Moreland claimed to be related to comedian Mantan Moreland, but other family members disputed his claim.)