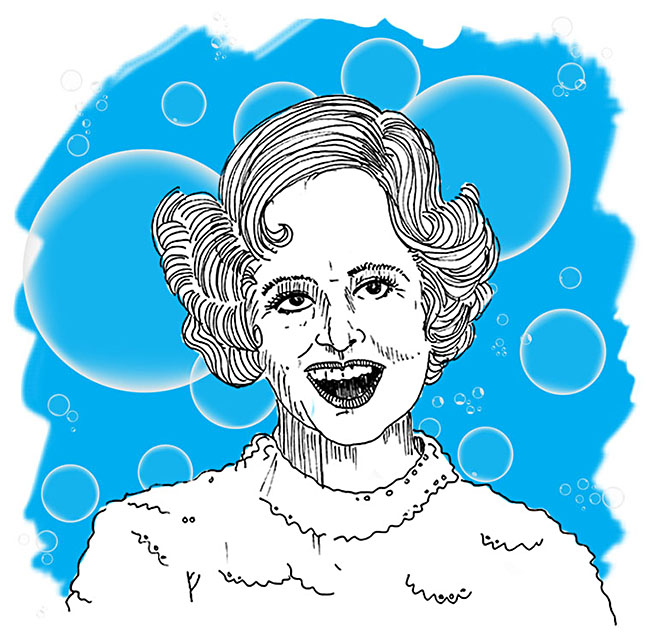 Norma Zimmer wanted to become a violinist, but her father, a violin teacher, told her that her hands were too small to properly handle the instrument. Disappointed, she perused a career as a vocalist instead.

While singing in her local Idaho church choir, Norma was approached by a visiting guest singer to travel to California to audition for bigger parts in bigger choirs. When she turned 18, Norma headed to Los Angeles, landing a spot on the Norman Luboff Choir, a nationally-known ensemble that performed spiritual songs. With professional singing experience under her belt, she was hired to be part of “The Talking People,” a singing quintet that appeared regularly on the popular Canada Dry Sparkle Time radio show. The host, band leader and composer Meredith Willson, offered Norma a solo spot in early 1947. She shined in her new position, however, Canada Dry dropped their sponsorship and the program was abruptly canceled.

Soon, Norma got work as a movie studio singer, providing the singing voice for “The White Rose” in the 1951 animated film Alice in Wonderland and supplemental (uncredited) vocals on the soundtrack to the film 3:10 to Yuma. In addition, she was part of the backing group on Bing Crosby’s iconic recording of “White Christmas.” She also performed background vocals on a Lawrence Welk holiday album. Welk liked the young singer and persuaded her to appear on his television show. Alice Lon, Welk’s “Champagne Lady,” had just announced she was departing the show. He asked Norma to take her place, or at least fill in while he sought a replacement. Norma agreed and made her debut on New Years Eve 1960. She made more appearances on the show and traveled with Welk’s band, while Welk looked for a permanent “Champagne Lady.” Several singers were brought on to fill the role, but Welk found himself returning to Norma and Norma was called back on a week-to-week basis.