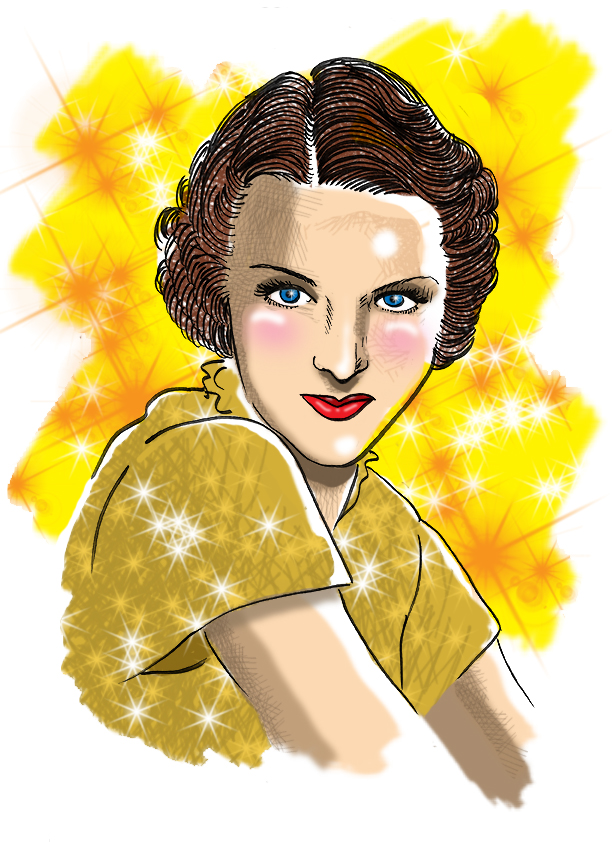 Catherine Hukill expressed an interest in acting as a teenager in her native Chicago. She performed a song-and-dance act with her cousin in several local productions. In the middle 1920s, she teamed up with Frank Faylen and toured the vaudeville circuit as “Faylen and Hughes,” where she played the role of the “dumb girl” to the delight of audiences. In 1928, she married Faylen. Soon, the couple headed to Hollywood to persue careers in movies.

After signing on as a contract player with Warner Brothers, her name was changed to “Carol Hughes” by studio executives. She was given bit parts in a number of “B” pictures. She worked her way up to speaking roles, eventually landing lead roles in Meet the Boy Friend, Marry the Girl, Renfrew of the Royal Mounted, and The Westland Case, all in 1937.

The late 1930s saw Carol transition to Westerns, appearing opposite Roy Rogers and Gene Autry, the two biggest cowboy stars on the silver screen. In 1940, she was cast in her most notable role — “Dale Arden,” femme fatale to Buster Crabbe’s heroic “Flash Gordon” in the 12-part serial Flash Gordon Conquers the Universe, the last of the “Flash Gordon” serials for Universal Pictures.

The 40s saw Carol’s roles dwindle to small parts in Mighty Joe Young and The Bachelor and the Bobby-Soxer. She returned to the stage, although she took a few more small roles in the early 1950s before calling it a career. Her husband, Frank Faylen, enjoyed a successful career as a character actor with more than 200 credits over five decades. Despite appearances in It’s A Wonderful Life, Gone With The Wind, Yankee Doodle Dandy, Gunfight at the O.K. Corral and even Funny Girl, Faylen is best remembered as irascible grocer “Herbert T. Gillis,” father of the title character on the sitcom The Many Loves of Dobie Gillis. Carol remained married to Faylen for 57 years until his death in 1985.

Carol passed away in 1995 at the age of 85, after being retired from show business for nearly 40 years.