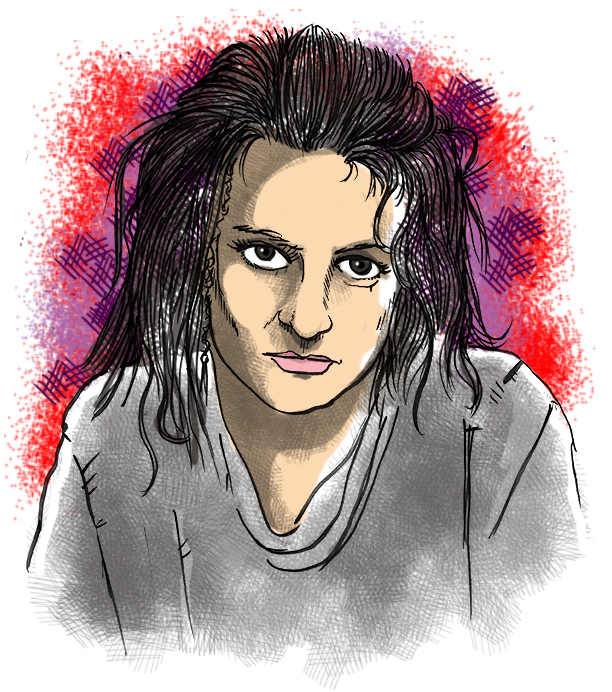 Mia Zapata learned to play piano and guitar at the age of nine, influenced by Billie Holiday, Bessie Smith, Ray Charles, Hank Williams and Sam Cooke. In 1986, at the age of 21, Mia and three friends formed a band called The Gits. After playing around the Yellow Springs, Ohio area and the campus of Antioch College, Mia and her band relocated to Seattle to join the blossoming music scene. Mia took a job at a bar and the band released a series of well-received singles over a period of a few years. They enjoyed popularity on the local music scene and release their first full-length album, Frenching the Bully, in 1992.

Mia was a charismatic focus and a rare female voice in the male-dominated grunge and punk circles in Seattle. Never wishing to be political, Mia felt more comfortable connecting with her audience on a personal level. The Gits gained a rabid fan base among the feminist movement in Seattle, despite the rest of the band being male.

At 2 AM on July 7, 1993, Mia left the Comet Tavern in Seattle. She popped her headphones on to take the block-long walk to the studio apartment she rented. She never reached home. At 2:15 AM, she was attacked in the residential Central District of Seattle. Her assailant brutally strangled, raped and murdered Mia, leaving her body to be discovered an hour later by a woman also walking home. Mia carried no identification. A medical examiner, however, was a fan of The Gits and was able to identify the singer. Mia was 27 years old.

The Seattle music community — including members of Nirvana, Pearl Jam and Soundgarden — raised money to hire a private investigator. After three years, funds dried up and they were no closer to solving the crime. The investigator continued to search on her own for another five years, still turning up nothing. In 2003, a Florida fisherman named Jesus Mezquia was arrested in connection with Mia’s murder. A DNA profile for Mezquia was created from saliva found on Mia’s body. A match was reported on a DNA database after Mezquia was arrested for burglary and domestic abuse. He had a history of violence towards woman, as shown by the numerous complaints filed by his ex-girlfriends and his wife. Although he maintained his innocence, Mezquia was sentenced to 37 years in prison. An appeal brought the sentence to 36 years.

In 1994, Enter: The Conquering Chicken, The Gits’ second album — the one they were working on when Mia was murdered — was released.