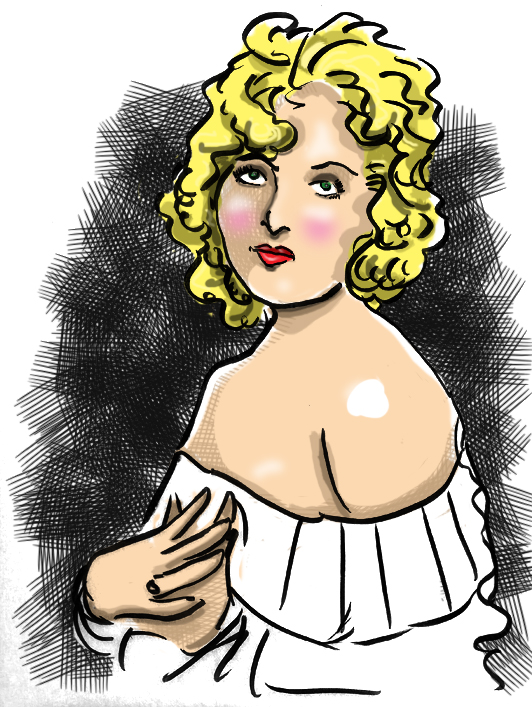 Chicago-born Bee Palmer was a popular dancer in the early part of the 20th century. She toured with some notable jazz musicians, always under the name “Bee Palmer’s New Orleans Rhythm Kings.” The Rhythm Kings, however, were more successful after they parted ways with Bee.

In 1910, Bee introduced a new provocative dance, shaking her shoulders to accentuate her chest. The dance, called “The Shimmy,” caused an uproar, although it did gain her fans and afforded her the nickname “The Shimmy Queen.” The Milwaukee Evening Sentinel was prompted to write “Bee can wiggle and squirm and sway with the best in the business, but she seems a trifle ashamed of herself, as, indeed, she ought to be.”

She joined the famed Ziegfeld Follies in 1918. Later she performed on the stage with W.C. Fields and Will Rogers. Bee also claimed herself as co-writer of the pop standard “Please Don’t Talk About Me When I’m Gone,” a song that was cited as using virtually the same chord sequence as the 1925 composition “Has Anybody Seen My Gal?”

In the 20s, Bee had a scandalous affair with boxer Jack Dempsey, which culminated in a lawsuit by her current husband, pianist Al Siegel.

By the early 1930s, Bee’s style of singing and dancing fell out of favor. She was more suited for vaudeville and she just faded from the public eye. She passed away in obscurity in 1967 at the age of 73.