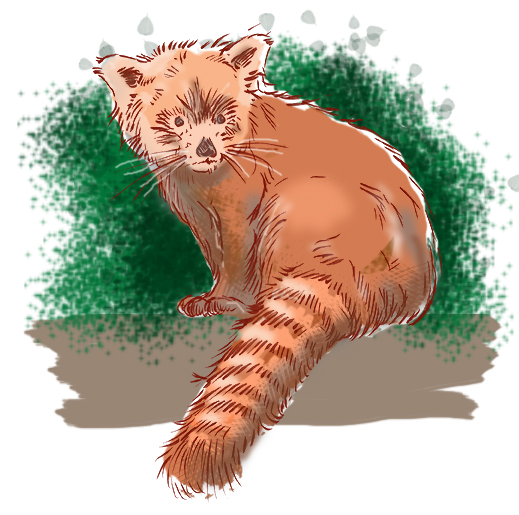 I have been participating — without fail — in the online illustration blog Illustration Friday since 2006. Most weeks, they present a word that is wide open to many interpretations. Except this week….

This week, the word is “red panda.” I didn’t know what a “red panda” was until I Googled it. It turns out — much to my surprise — it is not a subspecies of panda. It is also not related to raccoons, skunks or weasels. It was once believed to be a relative of the bear family, but that has since been discounted. Now, it seems, the red panda is the only living species of the genus Ailurus and the family Ailuridae. That means they are like nothing else on earth. So, of course, it is on the endangered species list.

So, what exactly is a red panda? I’m still not sure.