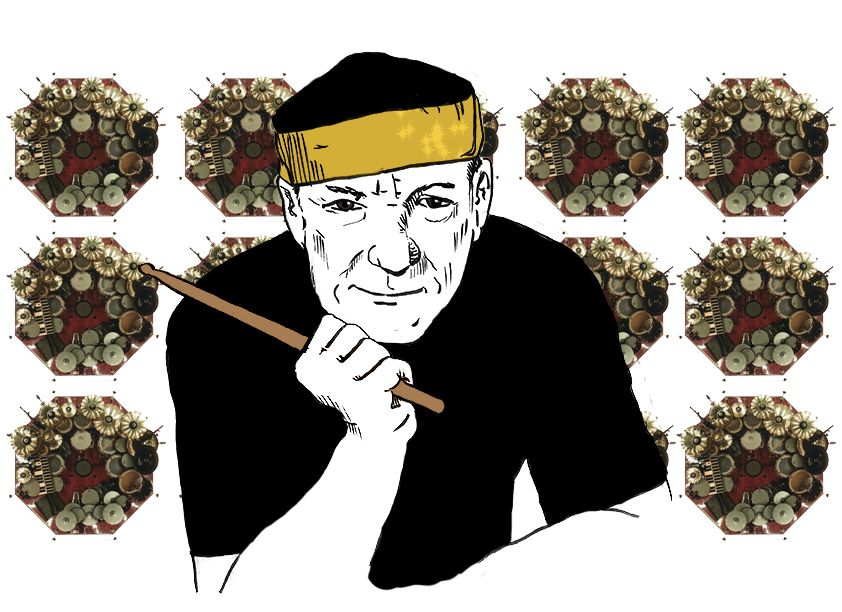 Just after the conclusion of the Test for Echo tour, the nineteen-year-old daughter of Rush drummer Neil Peart was killed in a car accident. Ten months later, his common-law wife died of cancer. Distraught, Neil told his band mates to consider him retired, He set out on a long and extensive “trip to nowhere” that took him all over North and Central America on a motorcycle. He covered approximately 55,000 miles. He chronicled the trip in his 2002 memoir Ghost Rider: Travels on the Healing Road,

On January 10, 2020, it was announced that Neil passed away from an aggressive form of brain cancer three days earlier.

I was never a fan of Rush. Yeah, I liked one or two of their songs, but I wouldn’t consider myself a fan. When I was in high school, I knew several hardcore Rush fans… and they loved Rush. Rush was one of those bands whose fans loved them on an obsessive and all-consuming level. I liked other so-called “progressive rock bands,” but Rush never did it for me. Though, I would never say that to any Rush fan that I knew, fearing it would spawn a vicious argument and possibly jeopardize a friendship.

Jerry Garcia, the late guitarist and front man for the Grateful Dead, once said of his band: “We’re like licorice. Not everybody likes licorice, but the people who like licorice, really like licorice.” This, surprisingly, applies to Rush as well.