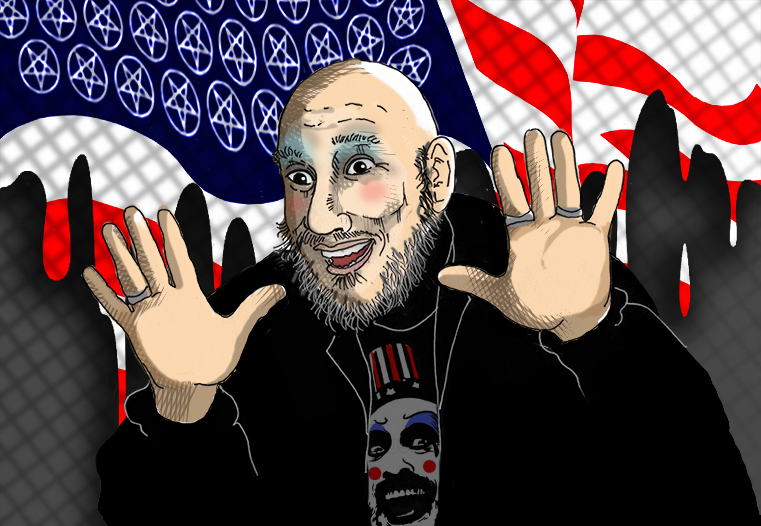 Sid Haig made a career out of playing slimy henchmen, seedy heavies and unsavory criminals. Dissatisfied with the path his career was taking, he decided to retire from acting in 1992, opting to become a certified hypnotherapist. During his hiatus, he received a script for an upcoming film. He would play a mysterious gangster who presided over a crime syndicate. Sid passed on the role, expecting the low budget of the project to be more of what made him leave show business in the first place. The role, “Marcellus Wallace,”  went to actor Ving Rhames and the film, Pulp Fiction, went on to be a huge hit.

Soon, he was convinced by rock musician-turned-director Rob Zombie to appear in his upcoming gorefest House of 1000 Corpses. Sid took the role of demented clown “Captain Spaulding.” It revived Sid’s career and paved the way for his status as horror film icon. He reprised the role in the sequel The Devil’s Rejects.

I met Sid at a horror film convention and found him to be the polar opposite of his on-screen persona. He was kind, gentle, soft-spoken and articulate.

In September 2019, Sid suffered a fall at his home. During his hospital recuperation, he developed a lung infection and passed away at the age of 80. He had just completed filming the second sequel to House of 1000 Corpses and was working on Hanukkah, a comedic-toned slasher film that would prove to be his last.