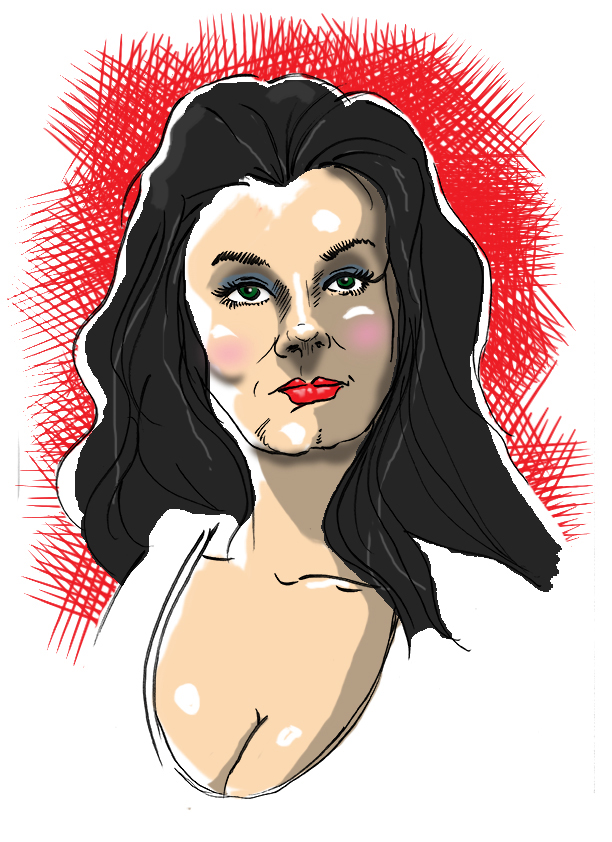 Imogen Hassall was born into a creative family. Her grandfather, mother and aunt were all illustrators. Her father was a poet and lyricist. She claimed, at various times, that her godfather was prominent Welsh composer  Ivor Novello. Other times, she said it was British composer Sir William Walton, with whom her father often collaborated. These claims were disputed by the families of both men.

Imogen enrolled in ballet school and then in drama classes. After a small role on the British stage, she landed parts in popular television series in the 1960s, including The Saint and The Avengers. In 1967, she was cast in the adventure film The Long Duel with Yul Brynner. In 1970, she landed the role for which she gained the most attention. She played a strong-willed cave girl in When Dinosaurs Ruled the Earth.

Imogen became a fixture in the British tabloids. Although her screen roles diminished, she became one of the first people who became famous for “being famous” (like Zsa Zsa Gabor and The Kardashians). The press often ran photos of Imogen in bikinis and other revealing fashions, earning her the nickname “The Countess of Cleavage.”

She married twice. She gave birth to a daughter who sadly passed away four days after birth. In her second marriage, she suffered a traumatic miscarriage.

In late November 1980, Imogen was scheduled to join a friend for a vacation in Mombasa. When she failed to show up, her friend became concerned. Imogen was found dead in her Wimbledon home. She had overdosed on the barbiturate Tuinal. She was 38.

It’s that time again… whether you like it or not.

This year, it’s 72 minutes of pure Christmas wonderment that’ll have you wondering why you downloaded it in the first place. But, as long as you did, why not share it with your family and friends. It’s guaranteed to make sure they don’t overstay their welcome. (Sure, it’s ten minutes shorter than last year, but it’s every bit as horrible.)

You get twenty-three eclectic Christmas selections featuring a hand-picked mix (from my hands) of songs from artists you love, artists you never heard of and artists you hope you’ll never hear from again. These holiday tunes run the gamut from weird to really weird plus a custom full-color cover with track listings – all for you and all for FREE! (That’s right! FREE!)