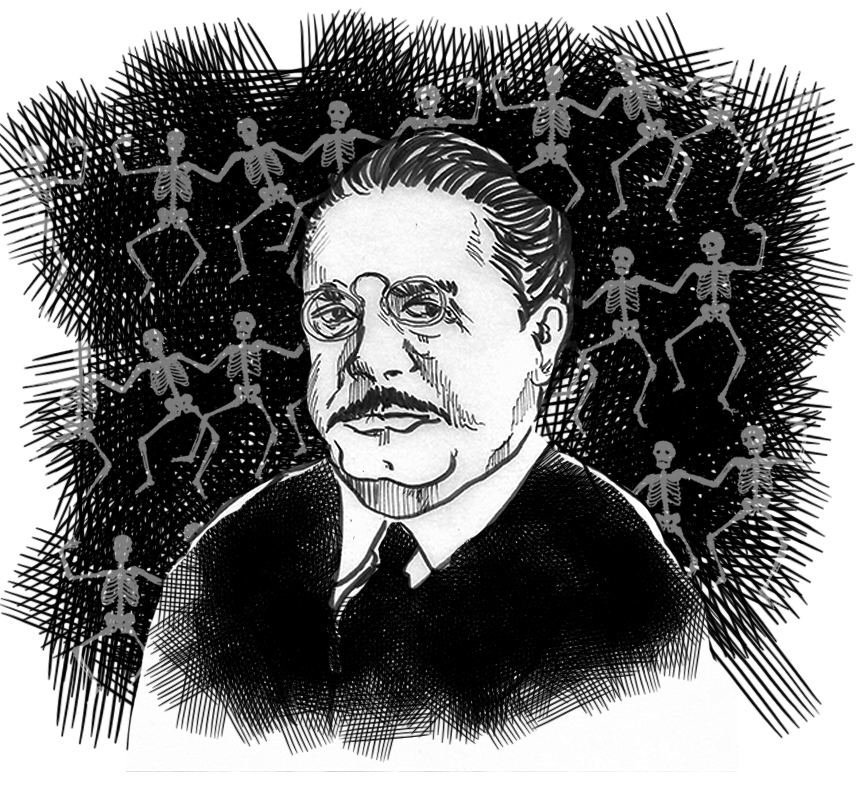 As the weather grows cooler, Inktober is once again upon us.  That means it’s time for hundreds of talented artists worldwide… and me…. to create special works daily just for October, based on a set of suggestions from the official Inktober website.  Always one to buck the system, I follow my own set of rules for Inktober. I will be posting a new, black & white drawing each week for the entire month (in addition to my participation in Illustration Friday and a Dead Celebrity Spotlight). Every year, I choose a theme in keeping with the “spirit” of the Hallowe’en season. This year, each of my drawings will be a tribute to the authors who bring you stories that thrill and chill.

Week One kicks off with Gaston Leroux, a popular detective novelist who created the amateur sleuth “Joseph Rouletabille.” Rouletabille appeared in seven novels by Leroux. Gaston Leroux also published a number of other novels, including the one for which he is most famous, The Phantom of the Opera. Originally serialized in 1909 and 1910, the novel was the basis for numerous films and remakes over the course of decades beginning in 1925 with Lon Chaney featured in the title role. In 1986, Andrew Lloyd Webber brought the story to the musical stage in his Tony Award winning production. Webber used an earlier musical by Ken Hill as his inspiration, but it all began with Gaston Leroux.