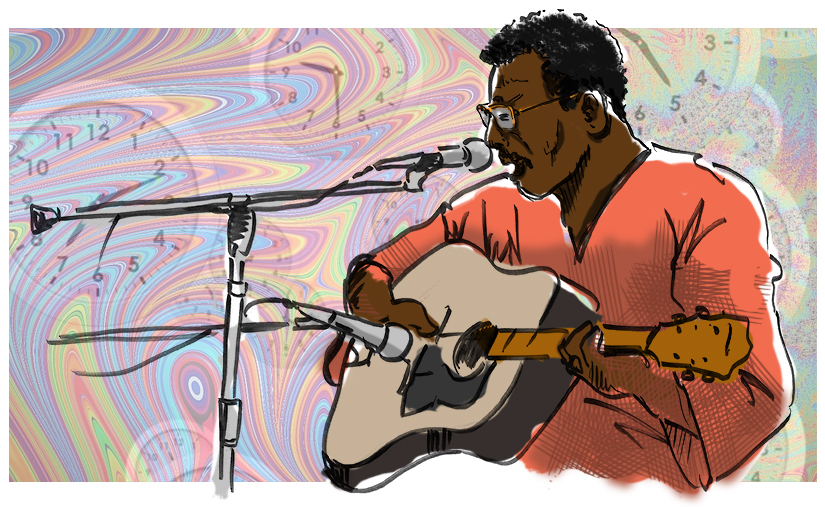 This past weekend celebrated the 50th anniversary of the legendary Woodstock music festival that took place over three days on Max Yasgur‘s 600-acre dairy farm in upstate New York. Thirty-two acts performed at various — sometimes drastically-postponed — set times, filling the days and nights with an eclectic mix of folk, rock and blues. The festival was attended by approximately 400,000 people, although over the course of time, that number has been inflated to unbelievable proportions. Exaggeration surrounding the lore of Woodstock was not limited to the attendance. It seems that many folks — performers and audience members alike — have very different recollections of the event. Recollections that have been embellished considerably as time entered the equation.

Folk singer Richie Havens opened the festival at seven minutes after five on August 15, 1969. He was not originally scheduled to be the first performer, but was recruited when planned opener Sweetwater were stuck in the heavy freeway traffic. With acoustic guitar in hand, the 28-year old singer kicked off his set with “From the Prison,” followed by several covers, including a few familiar Beatles numbers, some of which Richie didn’t know all the words. He was well received by the crowd, capping his performance with an ad-libbed version of “Motherless Child,” that was, coincidentally, tagged as the opening song for Sweetwater when they finally took the stage.

For his entire life, Richie Havens claimed to have performed at Woodstock for three hours. He stood firm on this claim until his death in 2013. In the days before the internet and the fuzzy record-keeping of the Woodstock festival, Richie’s claim was rarely disputed. The time frame and performance length wasn’t addressed in the 1970 Academy Award winning documentary nor on the sprawling three disc soundtrack album.

However in 2019, Rhino Records and producer Andy Zax meticulously compiled a real-time chronological documentation of the entire Woodstock event, including lovingly restored and enhanced recordings and a plethora of stage announcements that eerily transport the listener back to the time and place of the festival. The entire recording was replayed — in its entirety — on Philadelphia radio station WXPN, synchronized to the exact day and time from fifty years earlier. My son, an on-air host and producer at WXPN, worked with other staff members to bring this on-air event to reality — discovering some truths that contradicted folklore along the way. One thing they discovered — almost immediately — was that Richie Havens’ performance lasted a mere fifty minutes, not even close to the marathon three hours that he maintained for his entire career. Perhaps that’s how he remembered the day, but history and fact remember differently.