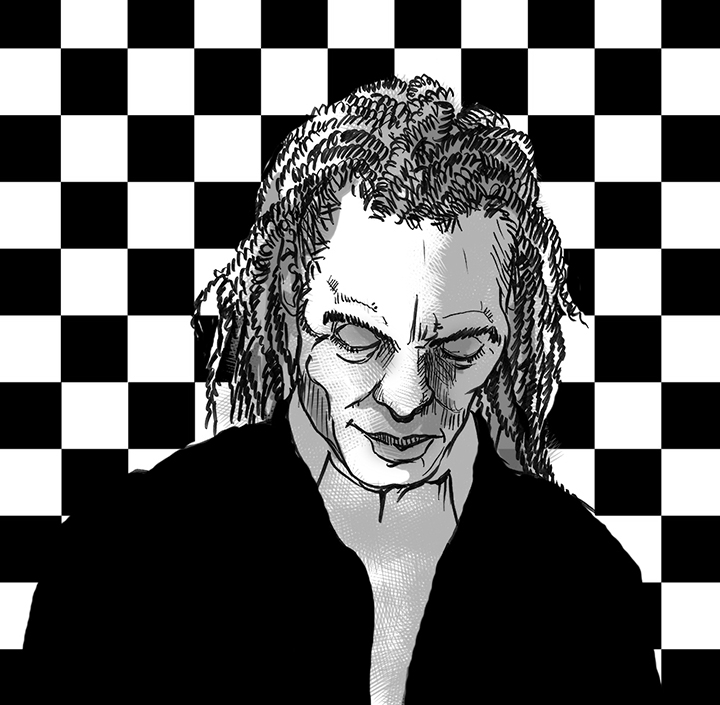 As a teen, Roger Charlery was a fan of punk rock and was the drummer in the punk band Nam Nam Boys. He began a friendship with second wave ska band The Beat… and by friendship, I mean Roger would crash their gig, storm the stage and begin “toasting” (a form of rapping originating in the Caribbean) during their songs. He officially joined the band in the late 70s, recording three albums with them. He adopted the stage name “Ranking Roger,” a common boast among club DJs,

Soon, Roger and fellow Beat member Dave Wakeling formed General Public along with members of The Specials and Dexy’s Midnight Runners. General Public achieved success with a few albums until they split in the middle 80s. Over the years, Roger and Wakeling assembled and toured with various incarnations of The Beat and General Public.

Roger pursued a solo career, dabbling in electronic music as well as his stand-by ska. He regularly collaborated with Sting, in additon to appearing with Big Audio Dynamite, The Selector and his son Matthew Murphy, better known as “Ranking Junior.”

Roger toured extensively into the 21st Century. In the summer of 2018, he suffered a stroke that forced a cancellation of a planned tour. In early January 2019, Roger underwent surgery to remove to brain tumors. He also began receiving treatment for lung cancer. He passed away on March 26 at the age of 56.