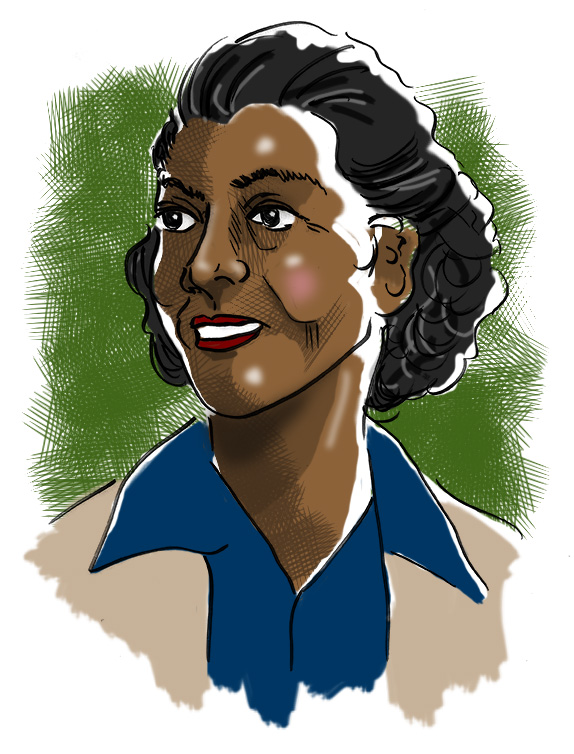 On July 16, 1944 — eleven years before Rosa Parks was asked to relinquish her bus seat in Montgomery, Alabama — 27 year-old Irene Morgan boarded a Greyhound bus in southeastern Virginia to head home to Baltimore, Maryland. Irene was returning home from a visit with her mother. Irene had suffered a miscarriage and her mother was helping her to cope both physically and mentally. Like many women on the home front of World War II, Irene worked on the production line for the B-26 Marauder, a twin-engine bomber manufactured by the Glenn L. Martin Company. Irene was a regular “Rosie the Riveter.”

Irene selected a seat next to another African-American woman who was holding an infant. Current laws dictated that an African-American passenger could not sit across from or next to a Caucasian passenger, although there were no formal signs posted on vehicles. At a stop in Middlesex County, Virginia, a white couple got on the bus and the driver ordered Irene and her seatmate to give up their seats. The woman with the baby retreated dutifully to the rear of the bus, but Irene did not budge. The driver grew angry but Irene refused to move. The driver hopped off the bus and returned within minutes with a local sheriff. The law officer handed Irene an arrest warrant, which Irene took… and ripped up in front of the shocked faces of the sheriff, the driver and the other passengers. She then tossed the pieces out the window. The sheriff laid his hand on Irene’s shoulder to physically remove her from the seat. Irene reacted by kicking the sheriff in the groin. The sheriff buckled in pain. Once he regained his composure, he left and another sheriff boarded the bus to make an attempt at removing Irene from her seat. The second lawman threatened to use his nightstick, but the unfettered Irene ripped his shirt when he grabbed her arm. Soon, a deputy came to lend assistance and Irene was eventually arrested.

Charged with violation of Virginia’s “Jim Crow” transit law and resisting arrest, Irene conceded to pay only the hundred dollar fine for resisting arrest. She refused to plead guilty to the segregation charge, as her native Maryland did not enforce segregation for interstate travel. With the help of the NAACP, Irene took her case to the Virginia Supreme Court. When the Virginia Supreme Court ruled against her, Irene took the case to the U.S Supreme Court.

“If something happens to you which is wrong, the best thing to do is have it corrected in the best way you can,” said Irene. “The best thing for me to do was to go to the Supreme Court.

Irene lived out her life in Gloucester County, Virginia, She passed away in 2007 at the age of 90.