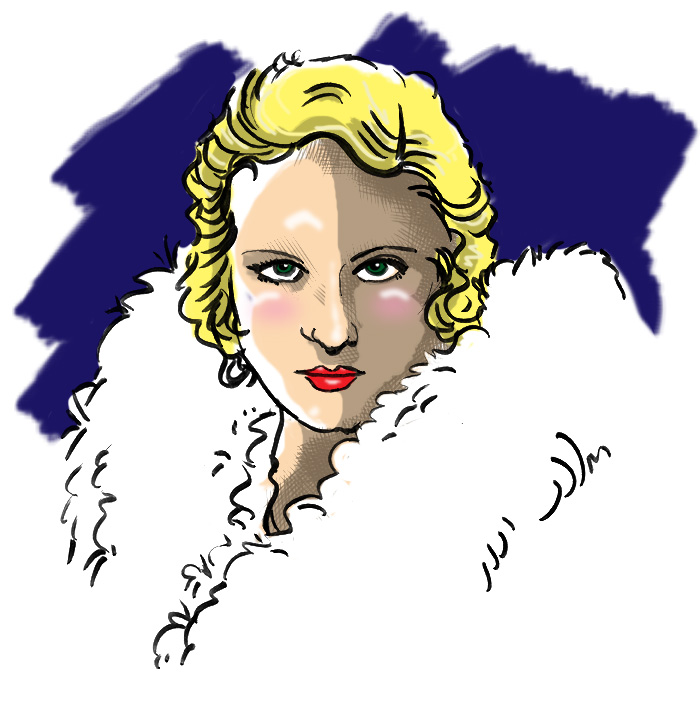 While working as an usherette at the Lyric Theater in Mobile, Alabama, Patricia “Boots” Mallory was offered a spot in the travelling show by Florenz Ziegfeld. She accepted and soon traveled with the troupe to New York where she was featured in the 1931 Ziegfeld Follies.

Moving to Hollywood, “Boots” joined Fox Films and made her screen debut in “Walking Down Broadway,” the first sound film by director Erich von Stroheim. Fox executives strongly objected to some of the films themes, including sexual escapades and an implied lesbian relationship between “Boots” and a character played by ZaSu Pitts. Another director was brought in to re-cut the film and re-shoot some scenes. It was re-released under another title and the original version is considered lost.

“Boots” was regarded for her striking looks and was photographed by famed Hollywood promotional photographer George Hurrell. She also posed for risque lingerie photographs and was painted nude by noted pin-up artist Rolf Armstrong.

In 1933, “Boots” married producer William Cagney, brother of actor James. She made mostly “B” pictures including a role with Rin-Tin-Tin. She also was cast opposite her brother-in-law in a few “Lux Radio Theater” broadcasts. She made her final screen appearance in 1938 in an uncredited role along side Laurel and Hardy.

“Boots” passed away from a throat ailment in 1958 at the age of 45. She was married to her second husband, actor Herbert Marshall.