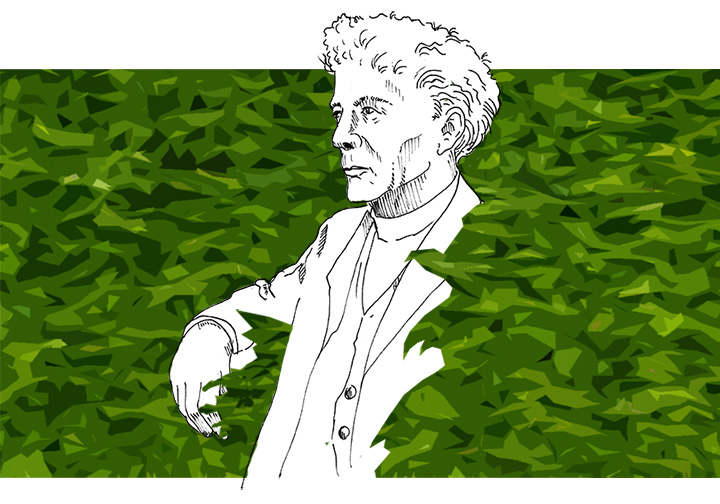 In his fifty-plus year career as a pioneer in agricultural science, Luther Burbank invented and developed more than 800 strains and varieties of plants, including fruits, flowers, grains, grasses and vegetables. Among his creations are the Shasta daisy, the freestone peach, the fire poppy, the July Elberta peach, the Santa Rosa plum, the Flaming Gold nectarine, the Wickson plum, the white blackberry and a variety of russet potato that bears his name. The “Burbank Russet” was developed as a result of the potato famine that devastated Ireland in the late 1800s.

Although Burbank is recognized for his extensive work and eventual achievements in cross-breeding and botanical experimentation, he has been criticized by contemporaries for his lack of records and documentation of his research.  In 2004, Purdue University professor Jules Janick wrote: “Burbank cannot be considered a scientist in the academic sense.” In a time when there was little legal protection for inventors, Burbank was more interested in doing and getting results than writing down all of his trial-and-error processes.

Just prior to his death in 1926, Burbank instructed his wife to allow Missouri horticulturalists Stark Bros. Nursery to carry on with his inventions. After much success, Burbank’s widow and Stark Bros. came to a mutual agreement to end the partnership. Burbank’s creations were dispersed to various other companies including the Burpee Seed Company and Santa Rosa Junior College, where their gardens were filled with some of Luther Burbank’s uncompleted experiments like a thornless rose, a spineless cactus, rainbow-colored corn and a hybrid mulberry tree that Burbank had hoped would create an American silk industry.