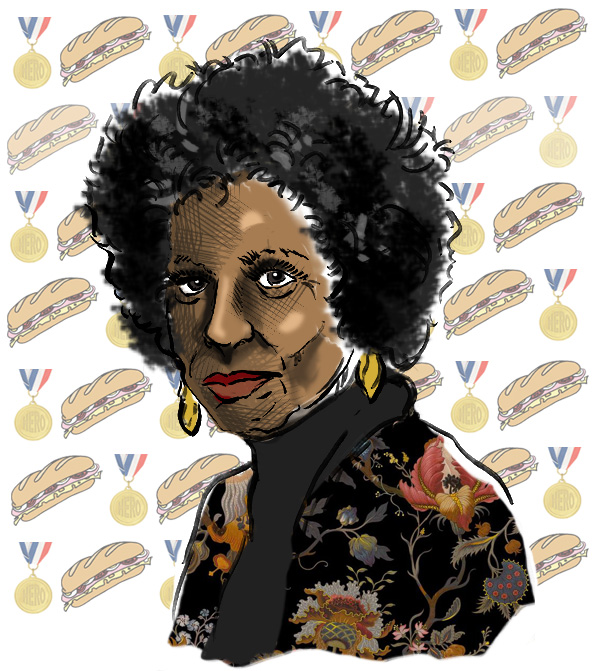 After her parents’ divorce, nine-year-old Alice Childress moved to Harlem to live with her grandmother. Despite her own lack of formal education, Alice’s grandmother encouraged young Alice to pursue her natural love for reading and writing. However, Alice had to drop out of school after her grandmother’s death. While working several low-paying jobs, Alice became active in local theater.

She joined the fledgling American Negro Theater in 1939 and stayed with the troupe for over a decade. She multi-tasked, displaying her talents as a set and costume designer as well as an actress. Alice made the jump to Broadway in the 1944 drama Anna Lucasta, for which she received critical acclaim and a Tony nomination. The play became the longest-running, all-African American cast show in Broadway history.

In the late 1940s, Alice tried her hand writing plays herself. She proved very prolific and garnered awards for several of her productions. She became the first African-American woman to win an Obie Award. Along the way, she also stirred controversy with her 1962 drama Wedding Band: A Love/Hate Story in Black and White. The story, set in the American South during World War I told of an interracial relationship. No theater in New York would present it. The play had its premiere in Ann Arbor, Michigan and was later performed in Chicago. A production starring actress Ruby Dee was filmed for television, but many stations refused to broadcast it. Many of Alice’s plays presented themes of empowerment of African-American women, equal rights and racial tensions, subjects close to her heart for which she spent much time and effort advocating. In addition, she is acknowledged as the only African-American woman to have written, produced, and published plays for four decades.

In the 70s, Alice turned to young adult novels, including her most famous work A Hero Ain’t Nothing But a Sandwich, published in 1973. It was made into a film starring Paul Winfield and Cicely Tyson five years after its initial release. Her 1979 short story A Short Walk was nominated for a Pulitzer Prize.

Alice passed away in 1994 at the age of 77. At the time of her death, she was working on telling the story of her inspirational great-grandmother, a former slave.

In 1995, Ben Folds Five included a song on their debut album called “Alice Childress.” It was not about the actress-playwright.