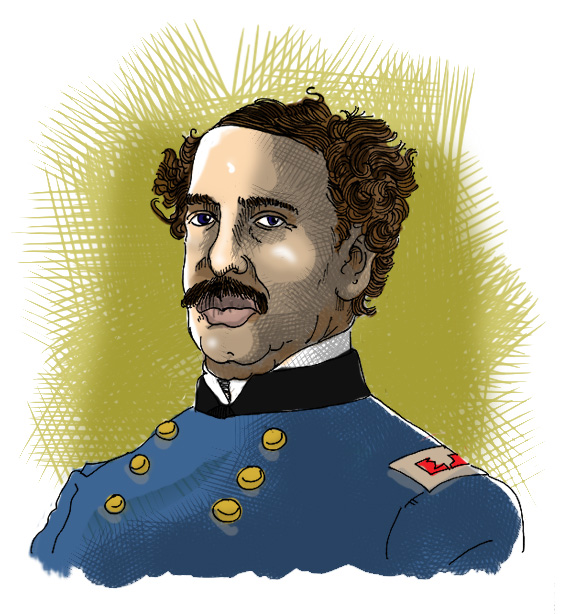 Abner Doubleday was a career officer in the Union Army during the Civil War, achieving the rank of  2-star General. In the early days of the war, Doubleday fired the first shot at the Battle of Fort Sumter. He also played a pivotal role in the Battle of Gettysburg. He was, however, relieved of his duty by Major General George Meade, causing a long enmity between the two officers.

After the war ended, Doubleday headed for San Francisco where he obtained a patent on the cable car railway system that still runs in the city to this day. He spent the last years of his life in New Jersey as a member, and later president, of the Theosophical Society, a spiritual organization. He passed away in 1893 at the age of 73. He was buried under a 7-foot tall obelisk in Arlington National Cemetery.

Do you know what Abner Doubleday didn’t do? Invent baseball.