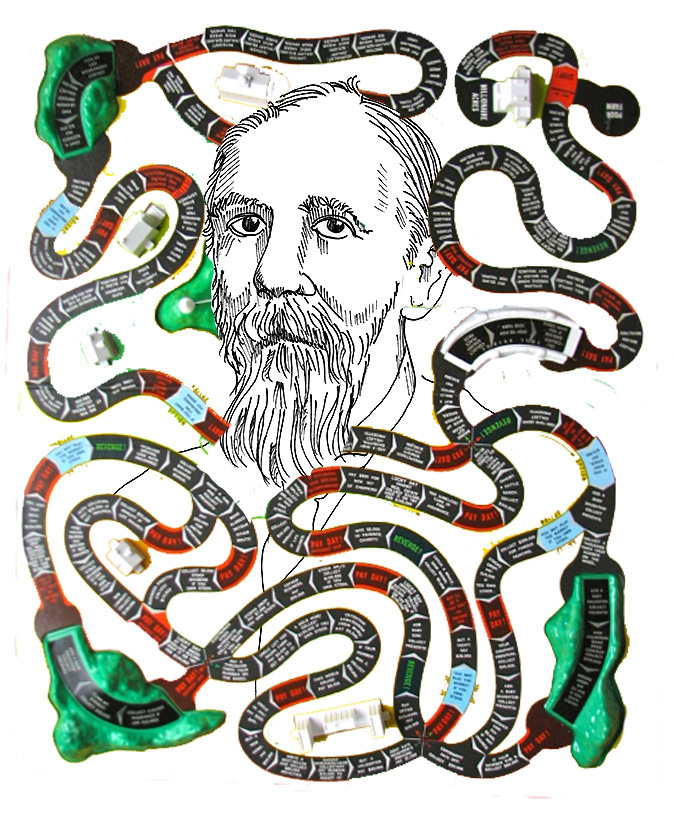 In 1859, Milton Bradley set up the first color lithography company in Springfield, Massachusetts. He began selling printed copies of a portrait of then-unknown, up-and-coming presidential candidate Abraham Lincoln. Soon, complaints from customers poured in, claiming that Bradley’s production  was not an accurate representation of Lincoln. It seems that the candidate had grown a beard and Bradley’s picture was from the pre-facial hair portion of Lincoln’s life. Angered, Bradley burned the surplus of his printed product. To salvage his failing business, he began printing a board game which he called “The Checkered Game of Life.”  During a two-day visit to New York City, Bradley sold several hundred copies of the game. By 1861, he had produced and sold 45,000 copies. He added more games to his roster, thus founding The Milton Bradley Company. The company enjoyed worldwide success well into the 20th century. In addition to games, Bradley’s company produced the first standardized watercolor sets for educational use and the first boxed set of crayons, years before Binney & Smith’s Crayola brand.

In 1984, after 124 years of family ownership, the Milton Bradley Company was purchased outright by Hasbro.