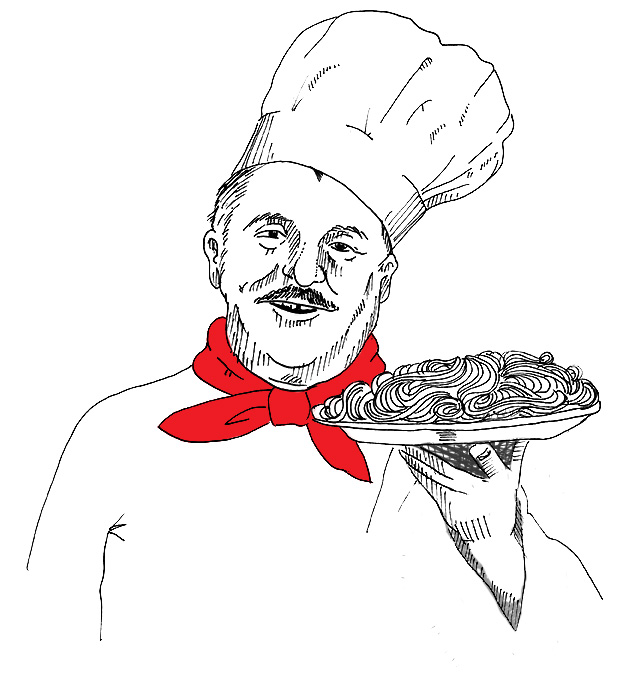 As a child, Ettore Boiardi was taught to cook by his mother in his native Piacenza, Italy. He came to the United States at 16 and began working in the kitchen at the Ritz Carlton in New York City. Three years later, he found himself as head chef at the Hotel Winton in Cleveland, Ohio, where his spaghetti dinners were the talk of the town. Soon, Ettore and his wife opened their own restaurant, Giardina d’Italia. Within a few years, the kitchen operations required the production capabilities of a factory to keep up with demand. By the late 1920s, Ettore’s products were sold in stores and were wildly popular in the tough times of the Depression.

Soon, Ettore moved his operation to Milton, Pennsylvania to be closer to the tomato fields, essential to his products. During World War II, Ettore and his company developed field rations for troops. His company was now doing businesses in excess of twenty million dollars annually. The products sported Ettore’s smiling face on the labels and his phonetically-spelled name – Chef Boyardee.

He opened more restaurants and acquired other businesses. When he passed away in 1985, Chef Boyardee sales were peaking at five hundred million dollars.

Not bad for a kid from Italy who liked to cook.