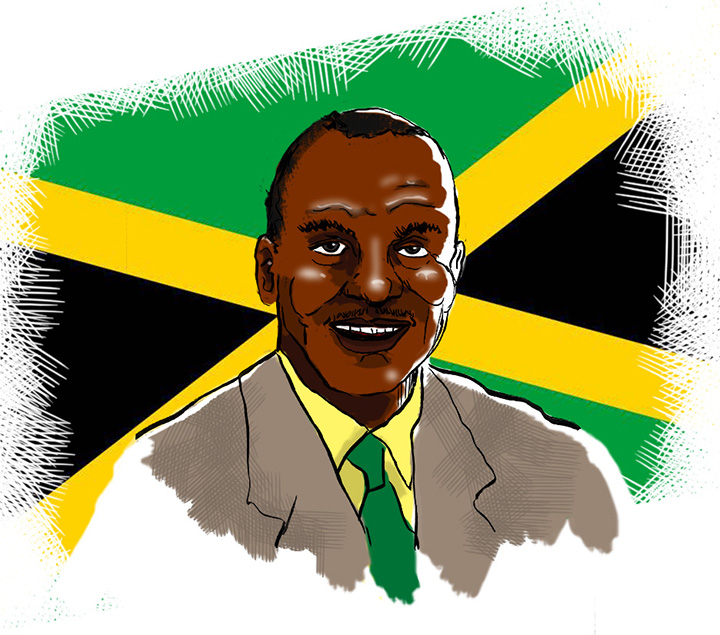 Ephraim Hawthorne opened a bakery in Saint Andrew, Jamaica, selling “family recipes” to the locals. In 1989, 29 year-old Lowell Hawthorne brought his father’s dream to the United States, opening the first Golden Krust Caribbean Bakery & Grill in The Bronx. The restaurant duplicated some of Ephraim’s most popular recipes including Jamaican patties, a flaky pastry filled with meat and vegetables. Golden Krust also served jerk chicken and fish, as well as other Caribbean specialties. Lowell’s goal was to make Jamaican cuisine as popular in the United States as other ethnic foods, like pizza, bagels, and Asian noodles. With money pooled from family members, Lowell opened Golden Krust’s first retail location to an overwhelmingly positive reception.

In 1996, Golden Krust opened a state-of-the-art manufacturing facility, expanding their distribution to supermarkets. The company won a contract with New York City to provide meals to prison inmates. At the same time, more Golden Krust restaurants sprung up all over New York with expansion to New Jersey, Connecticut, Pennsylvania, Georgia, Florida, Maryland, North Carolina and Massachusetts — growing to over one hundred locations. The company received industry accolades and Lowell Hawthorne, its CEO, was the recipient of numerous awards and recognition. In May 2016, Lowell was featured in an episode of the reality series Undercover Boss, where he discovered that some of his chefs “aren’t on the same cookbook page.”

On December 2, 2017, Lowell Hawthorne shot himself inside the Golden Krust factory in The Bronx. He left no note and his suicide confounded his family and colleagues. Lowell was 57 years old.