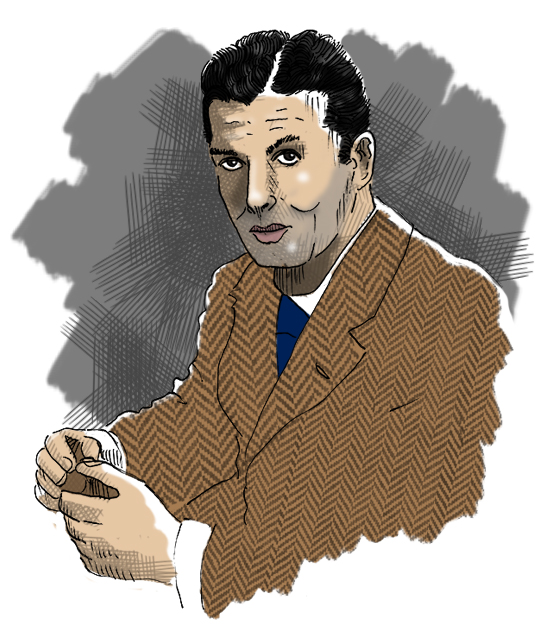 Over the course of his six-decade career, Victor Mature made a lot of movies. And he always looked like he was having the time of his life. Best known for action thrillers like One Million BC in 1940, Westerns like My Darling Clementine in 1946 and biblical epics like Samson and Delilah and The Robe, Victor was curiously cast in numerous musicals, often co-starring with Rita Hayworth and Betty Grable.

Victor never took his chosen career too seriously. Once, after being rejected for membership in a country club because he was an actor, he cracked, “I’m not an actor — and I’ve got 64 films to prove it! I never was an actor. Ask anybody, particularly the critics.”

In a 1980 interview, Victor revealed he was pretty proud of about 50% of my motion pictures. “Demetrius and the Gladiators wasn’t bad. The Robe and Samson and Delilah weren’t bad. I made 72 pictures and I made close to $18 million. So what the hell.”

George Clooney loosely based his character of “Baird Whitlock” in the 2016 Coen Brothers’ film Hail Caesar! on Victor.