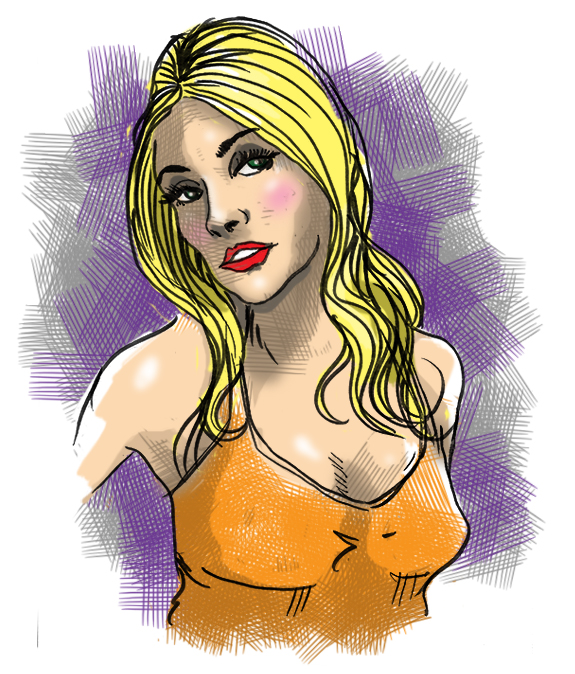 Sadly, Sharon Tate is remembered more for her senseless murder instead of her budding and potential film career.

Sharon, a native Texan, was entered in numerous beauty pageants as a child. As her family moved around the country, due to her father’s employ with the US Army, Sharon entered more pageants, eventually gaining “celebrity” status when a photo of her appeared in an issue of Stars and Stripes. She befriended actor Richard Beymer who was working on a picture being filmed near her home. Beymer encouraged Sharon to pursue an acting career. Sharon soon landed a part in The Pat Boone Show in 1960.

While living in Italy, Sharon was spotted by actor Jack Palance when she was hired as an extra on the biblical epic Barabbas. Palance sought a larger role for Sharon, but it was not to be. When her family returned to the United States, Sharon contacted Richard Beymer’s agent who put her in touch with Martin Ransohoff, producer and founder of Filmways Inc. Ransohoff was taken by Sharon’s beauty and had her audition for the role of  “Billie Jo Bradley” on CBS’s sitcom Petticoat Junction, a Filmways production. Screen tests showed that Sharon lacked the confidence for a lead role, but she was soon cast in a smaller part on other Filmways shows, The Beverly Hillbillies and Mister Ed. During this time, Sharon began a relationship with Jay Sebring, a noted Hollywood hairdresser.

In 1964, Sharon auditioned, unsuccessfully, for several motion pictures, including The Cincinnati Kid, The Americanization of Emily, The Sandpiper and The Sound of Music. Martin Ransohoff, who was overseeing Sharon’s career, finally allowed her to make her big screen debut in Eye of the Devil, alongside a cast of established acting talent including David Niven, Deborah Kerr and Donald Pleasence. The film, shot in the United Kingdom, was poorly received. She did, however, stay in London and soon met director Roman Polanski. Polanski was arranging pre-production for his upcoming project, a comedy-horror film called The Fearless Vampire Killers. He planned to cast actress Jill St. John in the female lead. Martin Ransohoff insisted that Polanski cast Sharon in the role. He relented, his compromise being that Sharon don a red wig for the film. Filming began, with Polanski in the male lead, as well as at the director’s helm. An unusual chemistry formed between Sharon and Polanski. He praised her performance, improving her confidence as an actress (despite perfectionist Polanski demanding up to 70 takes on certain scenes).

Sharon returned to the United States to begin filming the kitschy Don’t Make Waves with Tony Curtis, designed to capitalize on the “beach movie” craze. Sharon wore little more than a bikini in the role and was very was vocal in her disappointment in the film. Polanski, meanwhile, was making preliminary arrangements for the upcoming film Rosemary’s Baby. He wanted Sharon to star in the film, but no one at Paramount Studios was interested. Instead, Mia Farrow was cast in the role of “Rosemary Woodhouse.” Sharon, holding no ill feelings, freely made suggestions for the film’s production, including the surreal scene in which Rosemary is impregnated.

A 1967 article in Playboy proclaimed: “This is the year that Sharon Tate happens!” The story proved prophetic, as she was cast in Valley of the Dolls, a big screen version of the campy and controversial best seller. Co-star Patty Duke and Susan Hayward noted that the film’s director Mark Robson was overly critical of Sharon Tate’s acting, often berating her and calling her names. Later, though, Robson would tell Polanski: “That’s a great girl you’re living with. Few actresses have her kind of vulnerability. She’s got a great future.” Valley of the Dolls opened to unanimously negative reviews.

In 1968, Sharon was cast in the thriller The Wrecking Crew opposite Dean Martin as suave spy “Matt Helm.” After filming wrapped, a pregnant Sharon moved with Polanski to a sprawling home on Cielo Drive in Los Angeles. They had visited the home before, when the owners, record producer Terry Melcher and his girlfriend Candace Bergen, threw a party. While Sharon pondered her next project, Polanski was off again to Europe to direct The Day of the Dolphin. (Polanski was eventually replaced by director Mike Nichols.) Polanski asked his friend Wojciech Frykowski and Frykowski’s girlfriend, coffee heiress Abigail Folger to stay with Sharon at the house while he was away. He also asked Jay Sebring, now a family friend, to keep an eye on Sharon, as well. Polanski was expected home on August 12, 1969 in plenty of time for the birth of his child.

On the afternoon of August 8, 1969, Sharon invited actress Joanna Pettet over for lunch. That evening, Sharon joined Frykowski,  Folger and Sebring at El Coyote, a Mexican restaurant in the Fairfax section of Los Angeles, just twenty minutes from their Beverly Hills home. They returned to Cielo Drive around 10:30 pm.

Ninety minutes later, all occupants of the home were murdered by members of Charles Manson’s cult. Sharon’s pleas for the life of her unborn child were ignored as she was stabbed 16 times by Susan Atkins.

Sharon Tate was 26 and had her whole life and career ahead of her.