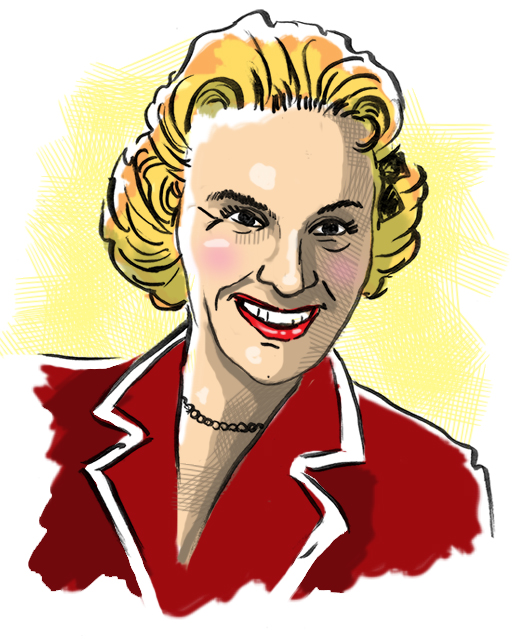 Rose Marie did it all. One of the few survivors from vaudeville, she began her career delighting audiences as a three-year-old songstress. Rose Marie made her mark in film, radio, records, theater, night clubs and television, over a career that spanned nine decades. Nine!

Enjoying a career in short films, where she appeared alongside W. C. Fields, Rose Marie also starred on her own radio show in the 30s. She released recordings on Vitaphone Records, accompanied by famed bandleader Fletcher Henderson. She broke into nightclubs with the help of mobsters Al Capone and Benjamin “Bugsy” Siegel. She performed at the grand opening of Siegel’s Flamingo Hotel in Las Vegas in 1946.

On television, she is best remembered for her role as “Sally Rogers,” the comedy writer who was always on the lookout for a husband, on The Dick Van Dyke Show. She later costarred on The Doris Day Show as “Myrna,” the title character’s office pal. Rose Marie was a frequent panelist on Hollywood Squares. She also had guest roles dozens of TV series including My Three Sons, two episodes of The Monkees and a recurring role in S.W.A.T. In 1966, she starred with Dick Van Dyke Show alum Morey Amsterdam in a seriously silly, but seriously funny film called Don’t Worry, We’ll Think of a Title, that also featured Dick Van Dyke Show costar Richard Deacon.

For nearly a decade, Rose Marie toured in the musical revue 4 Girls 4 with Rosemary Clooney, Helen O’Connell, and Margaret Whiting.

Most recently, Rose Marie was the subject of a career retrospective documentary called Wait for Your Laugh, that she was promoting when she passed away in December 2017 at the age of 94.