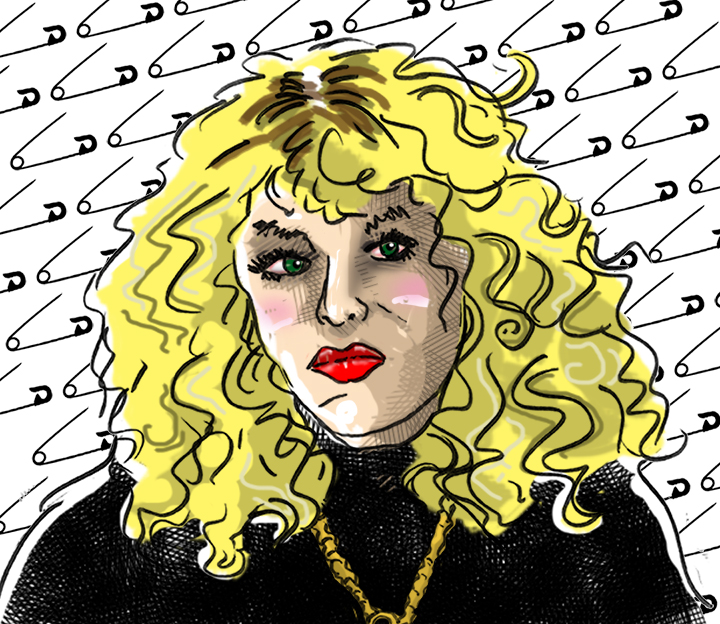 “She’s livin’ in sin with a safety pin.”

Nancy Spungen came into this world with her umbilical cord wrapped around her neck and her life only got worse. As a child, she constantly cried and threw tantrums until she was out of control. She was prescribed a liquid barbiturate, but it did nothing to suppress her behavior. Despite her regular outbursts, Nancy showed “superior intelligence” in IQ testing and was enrolled in the third grade at five years old. Although she shined academically, Nancy was a troubled child, acting violently and shunning friendships.

At home, she tormented her siblings and threatened to kill a babysitter. At 11, Nancy was expelled from public school. She was enrolled in a private school far from her suburban Philadelphia home, but she ran away from the campus and attempted suicide by slitting her wrists with a scissors. At 15, Nancy was diagnosed with schizophrenia. She eventually graduated from high school and attended the University of Colorado. She was expelled, however, after eight months, for purchasing marijuana and hiding stolen property in her dorm room. After getting fired from her first job on her first day, she began to steal and deal drugs to get money.

At 17, Nancy fled to New York City, where she dealt drugs and worked as a stripper and a prostitute. Soon she left for London to join in on the blossoming punk rock scene. She tried to hook up with Sex Pistols singer Johnny Rotten, but he showed little interest in Nancy. Instead, she pursued bass player Sid Vicious.

During their whirlwind, 19-month relationship, Nancy and Sid became addicted to heroin. The couple exhibited violent public behavior, earning Nancy the nickname “Nauseating Nancy,” as she was often referred in the London press. In 1976, after the Sex Pistols disbanded, the pair moved in to New York City’s notorious Chelsea Hotel. Over the next few months, Sid and Nancy abused drugs and were involved in regular bouts of domestic violence, including a number of physical attacks by Vicious. On October 12, 1978, Nancy was found dead under the bathroom sink in Room 100 at the Chelsea. She had a single knife wound in her abdomen. Sid Vicious was charged with her murder. He was arrested, but released on bail. Vicious died of a heroin overdose before he could be brought to trial. Over the years, the identity of Nancy’s killer has been the subject of speculation. In addition to Vicious, suspects included two unknown drug dealers who had visited the couple’s hotel room earlier in the evening, one of whom may have been actor/comedian Rockets Redglare.

Nancy was just 20 years old. She was interred at King David Memorial Park, just outside of Philadelphia. Rumor has it that Sid Vicious’ cremated remains were scattered over Nancy’s grave.