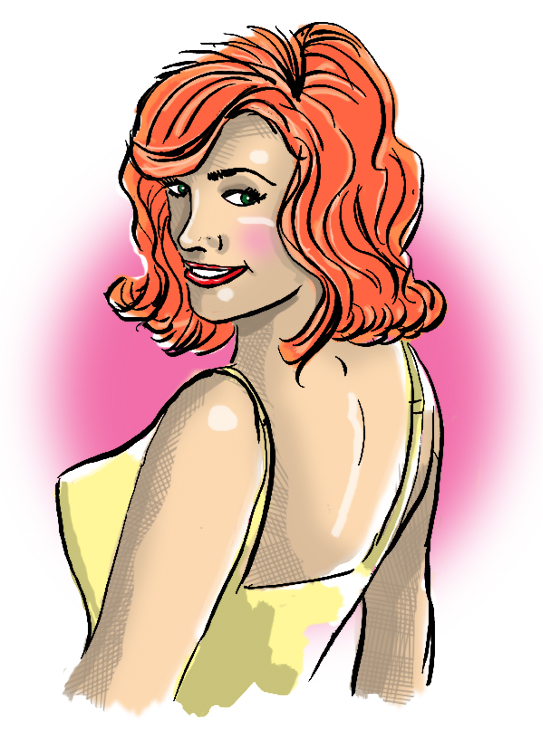 Born Alice Jones in Edinburgh, Scotland, Quinn O’Hara (taking the more colorful Anglo name) was named the first “Miss Scotland” as an entrant in a beauty contest that predated the Miss Universe Pageant. She moved to southern California when she landed uncredited roles in a trio of Jerry Lewis films in the early 1960s.  In 1966, she was cast in the title role of the last of the “beach party” movies, The Ghost in the Invisible Bikini. The film, costarring Deborah Walley, Nancy Sinatra, Basil Rathbone and Boris Karloff, was short on plot but wildly popular at the box office.  Quinn was also featured as Jack Lemmon‘s sultry secretary in the 1964 comedy Good Neighbor Sam. She appeared in numerous television shows throughout the 60s, like I’m Dickens, He’s Fenster, The Beverly Hillbillies and My Three Sons.

Although Quinn was romantically linked to heartthrob singer Fabian, she appeared on a 1969 episode of The Dating Game. She was selected and she and her “date” took a chaperoned trip to Nepal.

In 1981, she married Bill Kirk, who was twenty years her junior. She changed her name to Alice Kirk, gave up her show business career and became a nurse in a senior citizen facility.