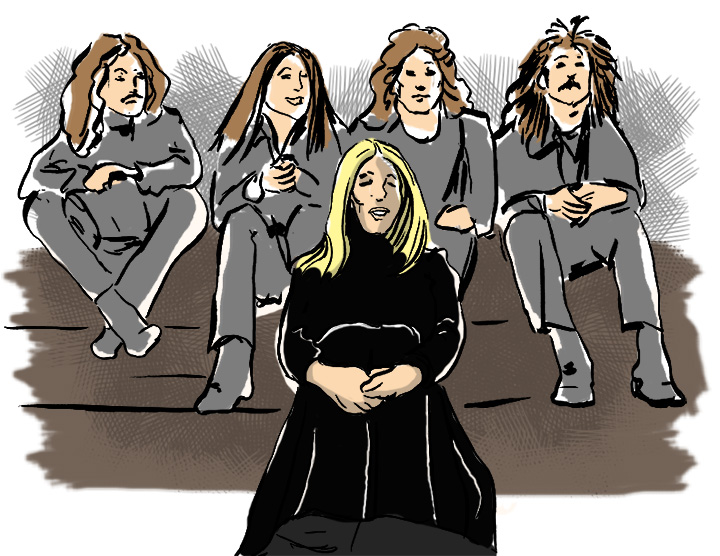 I was a fan of the progressive rock band Renaissance when I was in high school. The band, originally forming from former members of The Yardbirds, evolved into a band combining a rock base with medieval touches and mystical lyrics. They were fronted by the angelic voiced Annie Haslam. Haslam was trained as an opera singer and her soaring vocals became the focus of the Renaissance sound.

A few years ago, a beloved host on a popular Philadelphia radio station announced her plans to leave after a quarter century on the air. A months-long celebration of her career culminated with a tribute at a concert venue that is housed in the same building as the radio station. One of the featured performers at the tribute was Annie Haslam, who had moved to the Philadelphia suburbs in 1999, where she currently makes her home. I was excited to see Annie Haslam in person, as I never had the opportunity to see Renaissance live.

Midway through the event, after many heartfelt speeches and accolades, Annie Haslam approached the podium, looking a bit older than I had remembered from Renaissance album covers, and bent the goose-neck microphone closer to her mouth. After delivering a short tribute of her own, she asked the audience to join her in a few a capella verses of “Carpet of the Sun,” a Renaissance song popular among the 50+ crowd and a staple on “Classic Rock” format radio.

Her cringe-inducing performance, even while augmented by six hundred accompanying vocals, made me wish I had seen Renaissance in 1974 and not now.