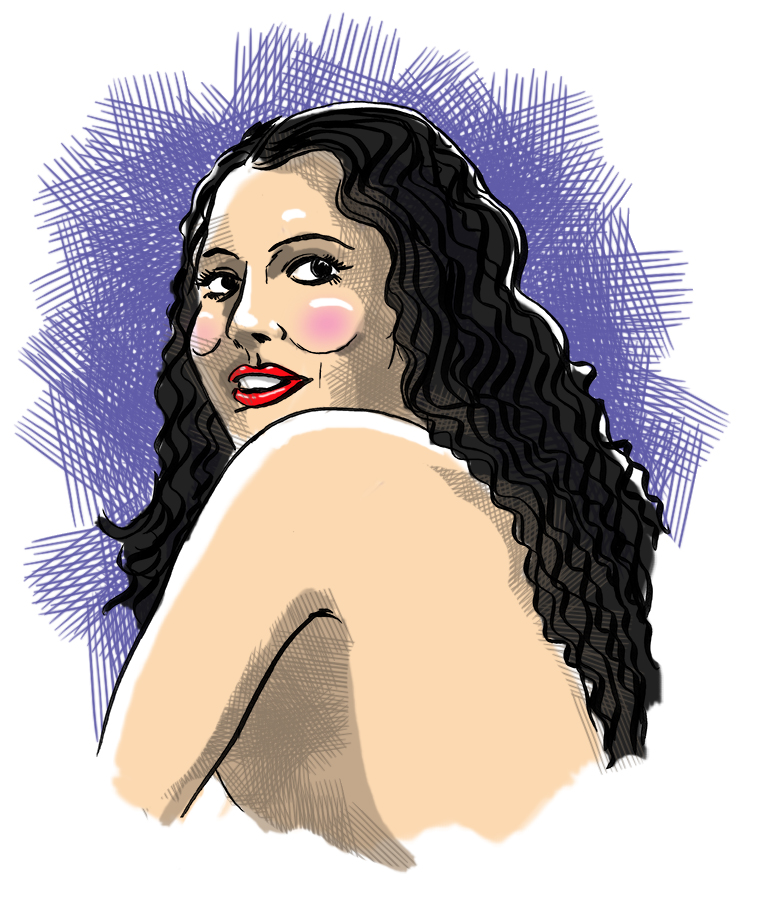 After several silent films in her native Mexico, Lupita Tovar signed with Universal Pictures. She starred in 1930’s La Voluntad del Muerto, a Spanish-language version of The Cat Creeps. The atmospheric horror film was shot at the same time as its English counterpart, using the same sets.

Luptia was then cast as “Eva” in a Spanish-language version of Universal’s Dracula. Playing the counterpart to Helen Chandler‘s “Mina,” this version was shot at night using the same sets as the version starring Bela Lugosi. After the success of both films, Lupita married the producer Paul Kohner. In 1936, Lupita gave birth to a daughter, Susan. Lupita retired from show business in 1945.

Daughter Susan, however, carried on the family tradition, starring in many films and television shows. In 1959, Susan was nominated for an Oscar for her role in the film Imitation of Life. She retired from acting to devote time to her family. Her sons, Lupita’s grandchildren, are producer-directors Chris Weitz and Paul Weitz, best known for the American Pie film series and the film About a Boy.