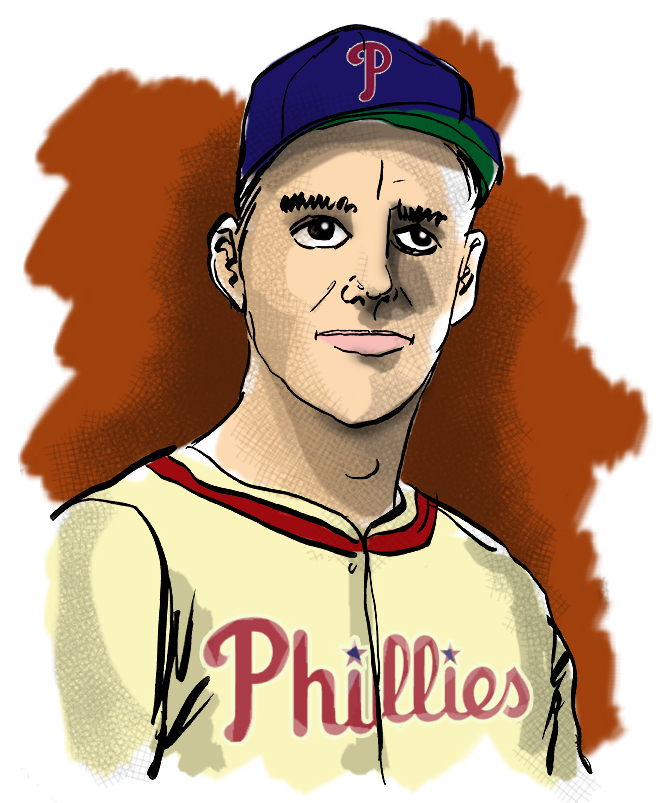 Right out of high school, Ralph “Putsy” Caballero signed a contract with the Philadelphia Phillies. After a few years in the minor leagues, Putsy made his major league debut at third base for the Phillies in 1948. In his one season as an everyday player, Putsy achieved a batting average of .245, amassing only 86 hits. However, he was youngest person in major league history to appear at third base, a record that still stands today.

In 1949, he returned to the minor leagues util he was brought up again as a pinch hitter, pinch runner and utility fielder. With an unremarkable career behind him, Putsy retired after the 1955 season. He returned to his native Louisiana where he found work in a pest extermination company. He opened his own company in Metairie, Louisiana near his home in Lakeview. In 2005, Putsy lost his home and possessions in Hurricane Katrina, including memorabilia signed by Babe Ruth, Eddie Matthews and other players.

In 2008, Putsy reunited with his 1950 Phillies teammates at Alumni Weekend in Philadelphia.