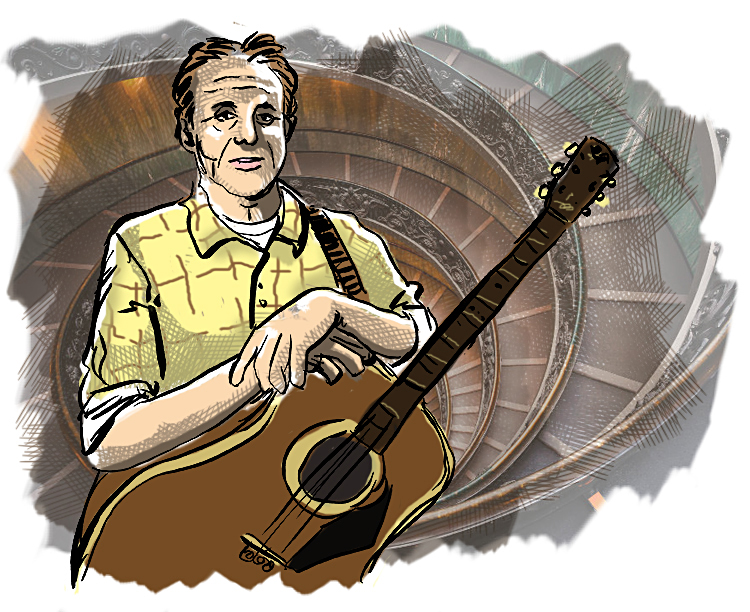 Pat Upton, a guitarist and singer from Sacramento, formed a small group for an Air Force talent show. Pleased with their sound, the group, then called The Fydallions, played small gigs wherever they could. They wound up in a Las Vegas lounge doing five hour shifts. While playing in a club in east Los Angeles, a representative from Columbia Records signed them to a contract. He insisted, however, that the band pick a new name. They chose a variation on the title of a popular movie, The Spiral Staircase, but deliberately altered the spelling. They were now known as Spiral Starecase.

In 1968, while working the lounge at the Flamingo Hotel in Vegas, Pat wrote the band’s biggest hit, “More Today Than Yesterday.” The song, from their only album, peaked at Number 12 on the Billboard charts. In later years, it would become a staple on oldies radio and turn up on numerous compilation albums.

Pat left Spiral Starecase and original organist Harvey Kaye reformed the band, finding a singer that could duplicate Pat’s vocal style. Meanwhile, Pat returned to Los Angeles to become a recording session guitarist. Eventually he joined up with pop singer Ricky Nelson and toured extensively with his band. He soon moved back to his native Alabama and opened a popular club.

On December 30, 1985, Ricky Nelson and his band were playing at Pat’s club. After the show, Nelson asked Pat to fly with him to Dallas. Pat, though flattered, declined because of responsibilities to his club. Nelson left without him. Four hours into the flight, the plane crashed, killing Nelson, Nelson’s fiance Helen, and five members of Nelson’s band.