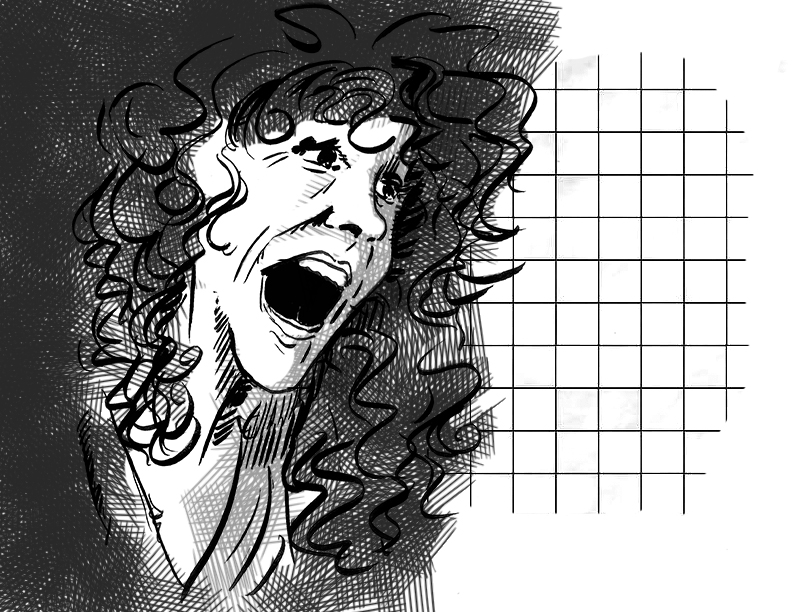 As Inktober 2016 winds to a close, here is my entry for week four.

Amelia is terrified by the Zuni fetish doll that is holding her captive in her own apartment in the greatest, made-for-television movie ever filmed, Trilogy of Terror — a tour de force for the late Karen Black.