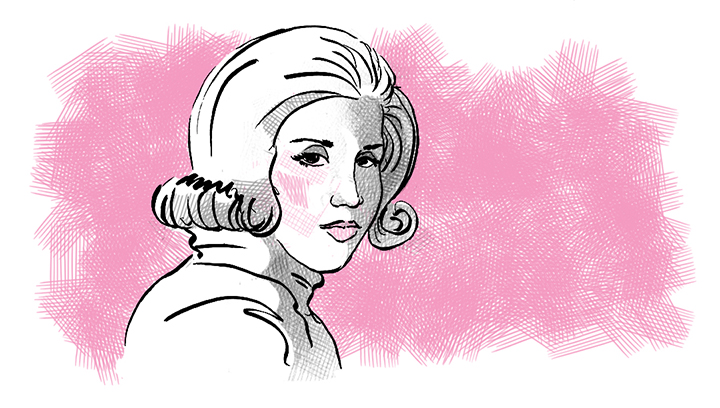 Lesley Goldstein was the voice of youth, decades before Kurt Cobain had the moniker thrust upon him by the “grunge” generation.

At 16, the young, aspiring singer (now using the surname “Gore”) pored over hundred of demos with her novice producer, Quincy Jones. The pair finally agreed on a melancholy tune about a poor birthday girl and her cheating boyfriend. The tune, “It’s My Party,” originally recorded by British pop singer Helen Shapiro, was recut by Lesley and became a number one, international hit. She followed the song with a sequel “Judy’s Turn to Cry.” “She’s a Fool” soon followed. “You Don’t Own Me,” an early feminist anthem held steady at number two, bested only by The Beatles’ “I Want To Hold Your Hand.” “That’s the Way Boys Are, “Maybe I Know,” “Look of Love” and the Marvin Hamlisch-penned, Grammy-nominated “Sunshine, Lollipops and Rainbows” all followed in quick succession. Noted producer Shelby Singleton turned down “Groovy Kind of Love” for Lesley. He refused to let her record a song with the word “groovy” in it.

In 1966, Lesley appeared on the final episode of The Donna Reed Show, singing her hit “We Know We’re in Love.” A year later she played one of the villainous Catwoman’s sidekicks in two 1967 episodes of Batman. Of course, she got to sing in each episode.

In the 80s, she and her brother Michael composed songs for the soundtrack of the film Fame. They were nominated for an Academy Award for the song “Out Here on My Own.” Michael won for the film’s title song.

Lesley was a vocal advocate for gay and lesbian rights and, in 2004,  served as host of the PBS series In The Life that focused on LGBT issues. She came out publicly as a lesbian in 2005.

In 2015, while working on a memoir and a Broadway show based on her life and career, Lesley Gore passed away from lung cancer. She was 68 years old. Lesley’s obituary in The New York Times identified her “the voice of teenage girls aggrieved by fickle boyfriends, moving quickly from tearful self-pity to fierce self-assertion.”