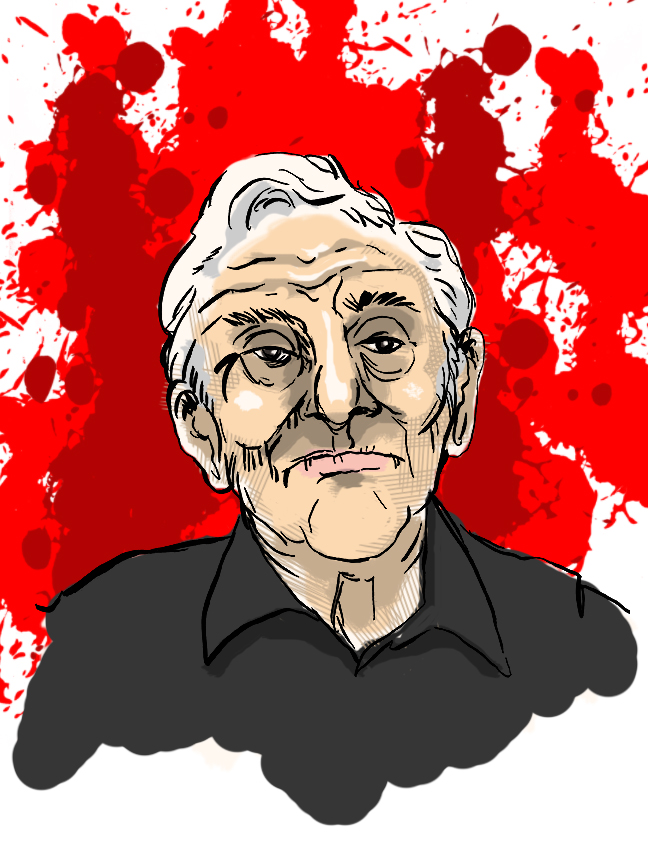 I have a friend named Sherry who is a writer. Although, she has written a novel, she spent a good portion of her career as a marketing copy writer. Once, in an online conversation, she mentioned a book on marketing techniques by Herschell Gordon Lewis. I questioned her about the author. She said he had written a number of books on the subject of advertising and marketing and was regarded, within the industry, as a true authority.

You see, I am more familiar with the name of Herschell Gordon Lewis from his other line of work.

Lewis was a filmmaker, entering into a long collaboration with notorious producer David F. Friedman in the early 1960s. The duo churned out a series of soft-core exploitation films, such as Living Venus, The Adventures of Lucky Pierre and Boin-n-g!  The pair’s films were very successful because of a shoestring budget and their ability to skirt pornography laws. Their success allowed Lewis to explore a genre that he is credited with inventing — the “splatter” film. In 1963, Lewis and Friedman released Blood Feast, a gore-filled tale of a cannibalistic caterer who kills and feeds his prey to unsuspecting diners. The film’s 67 minute run time is amok with stabbings and hackings and general dismemberment, all served up in glorious, garish color. They followed the film up with two more, equally-sanguine entries Two Thousand Maniacs in 1964 and Color Me Blood Red in 1965. After the final release of the trilogy, Lewis and Friedman parted ways. Lewis however, continued to explore the genre, directing and writing such cult classics as A Taste of Blood and The Gore Gore Girls, earning himself the nickname “The Godfather of Gore.” Lewis supplemented his catalog with juvenile delinquent films and several children’s entries, as well.

Lewis taught college-level marketing classes and wrote marketing text books while simultaneously maintaining his film career. His students may or may not have been aware of his duality.

In the 70s, Lewis was convicted of fraud and served a brief prison sentence. He continued to write books on public relations, sales and promotion. He finally settled in Florida and founded Communicomp, a full-service direct marketing agency with clients throughout the world.

Lewis passed away earlier this week at the age of 90. A long career… make that two careers… as his legacy.