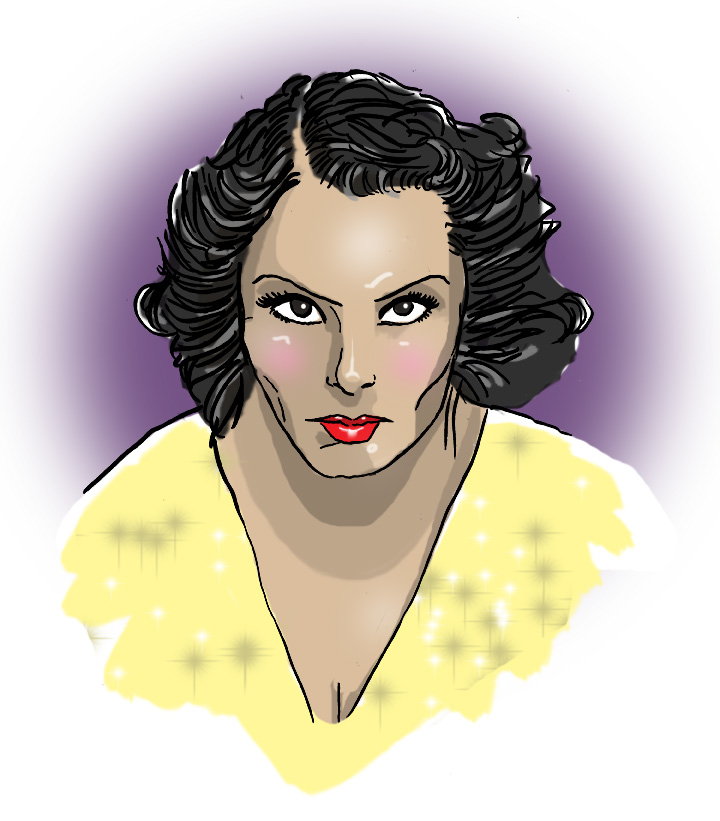 Paula Osterman, a Mexican-born beauty, made her motion picture debut in the 1928 silent film White Shadows of the South Seas. She used the more exotic-sounding stage name “Raquel Torres” to match her exotic looks. The picture was the first entry into fully synchronized sound effects and music for MGM Studios. She followed that role with a series of appearances in films playing mostly bathing beauties and exotic temptresses of indeterminable ethnicity.

Raquel’s most famous role was that of the deceitful Vera Marcal, in The Marx Brothers 1933 classic Duck Soup. Working alongside the scheming Ambassador Trentino (as portrayed by a young Louis Calhern), she prompted Groucho to deliver the line “I could dance with you until the cows came home. On second thought, I’d rather dance with the cows until you came home.”

In 1935, Raquel promptly retired from acting after her marriage to businessman Stephen Ames, despite his Hollywood connections. The couple remained married until Ames’ death in 1955. Four years later, she wed actor Jon Hall, a union that ended in divorce after a few years.

Out of the spotlight for nearly 50 years, Raquel found herself front and center in 1985 when a Malibu, California fire swept burning embers onto the roof of her home in nearby Las Flores Canyon. Her home was destroyed, but Raquel escaped unharmed.