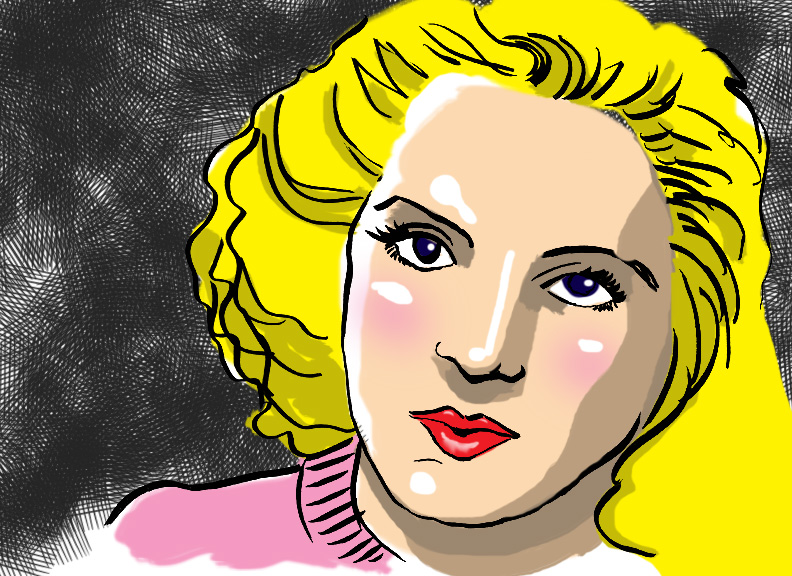 By the time Inge Landgut was cast by Fritz Lang in the 1931 classic M, she was already known in her native Germany, as “The German Shirley Temple.” Inge played Elsie Beckmann, a victim of child murderer Hans Beckert, as played by Peter Lorre. The film was a hit and Inge continued her career well into adulthood. She, however, took a different show business path and became an in-demand voice-over actress. In addition to works produced in Germany, Inge often was the German voice for American actresses for film’s overseas releases. In her career, she provided the German dialogue for Shelley Winters, Hermione Baddeley, and Lois Maxwell (“Miss Moneypenny” in the James Bond film series). On German television, she voiced Barbara Bel Geddes’ “Miss Ellie” on Dallas and she was the long-time voice of “Wilma Flintstone.”

Inge remained active until her death in West Berlin in 1986 at the age of 63.