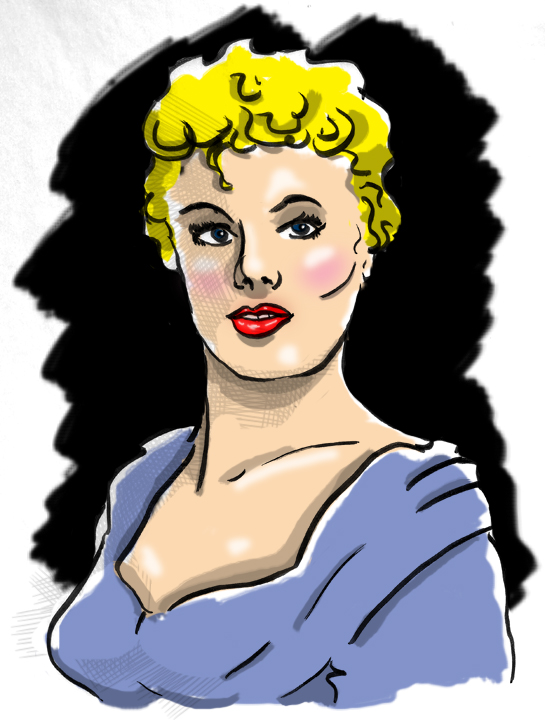 I think on-stage nudity is disgusting, shameful and damaging to all things American. But if I were 22 with a great body, it would be artistic, tasteful, patriotic and a progressive religious experience.

When 22-year old Shelley Winters made her motion picture debut in What a Woman!, she was just one of many Hollywood “blonde bombshells.”

Shelley Winters? A bombshell? The whiny grandmother who courageously gave her life so a handful of her fellow Poseidon passengers could live? Sure, she was endearing and memorable, but a bombshell?

The campy guest villain “Ma Parker” on two episodes of Batman? A bombshell?

The frumpy “Nana Mary” on several episodes of the sitcom Roseanne? A bombshell?

Despite being introduced as nothing more than a piece of eye candy, Shelley shook off superficial roles for meatier, more substantial ones. Critics and audiences alike sat up and took notice of her turn in as the hapless mistress in the Ronald Colman thriller A Double Life. That led to her Oscar-nominated role in A Place in the Sun.

Shelly’s acting talent earned her two Academy Awards and a subsequent nomination for her supporting role in the aforementioned The Poseidon Adventure.

But in her early days, she was quite a looker.

Shelley passed away in 2006 at age 85. Her illustrious career spanned seven decades.