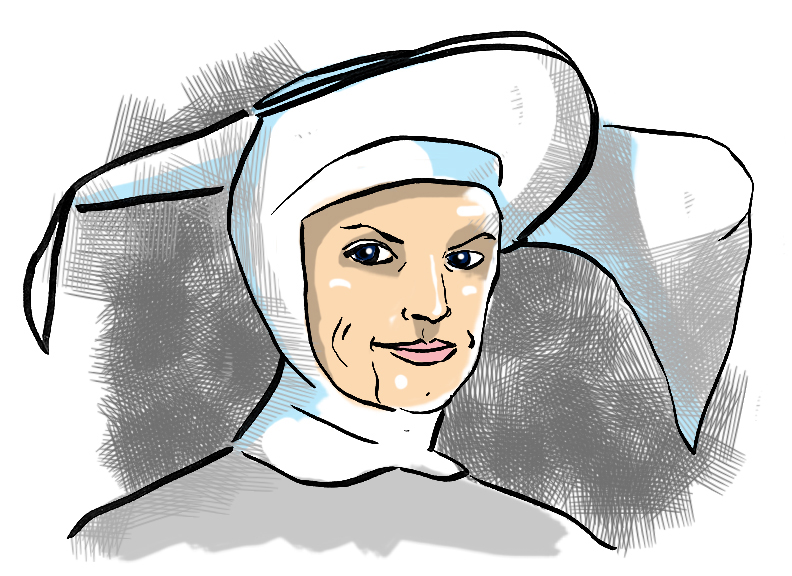 A life member of the prestigious Actors Studio, Madeleine Sherwood was featured in over a dozen Broadway productions, including the Tennessee Williams’ dramas Cat on a Hot Tin Roof and Sweet Bird of Youth. She reprised her roles in the film versions of both plays.

On television, she appeared on several soap operas, including two different stints on Guiding Light. She is best known, however, for her role as the stern Mother Superior of Convent San Tanco on the preposterous 60s sitcom The Flying Nun, starring a pre-Oscar Sally Field.

In her personal life, Madeleine was a fierce advocate for civil rights. She worked with Martin Luther King, Jr., in the late 1950s and 60s and left her native Canada to join Congress on Racial Equality (CORE). She was arrested during a Freedom Walk, jailed, and sentenced to six months hard labor, for “endangering the customs and mores of the people of Alabama.” In the 1970s, she joined activists Gloria Steinem and Betty Dodson at the First Women’s Sexual Conference in New York City. From there, she started a support and counseling group to raise awareness about incest.

Although she had been a long-time resident of the United States, Madeleine remained a Canadian citizen. In 2016, she passed away at her childhood home in Quebec at the age of 93.