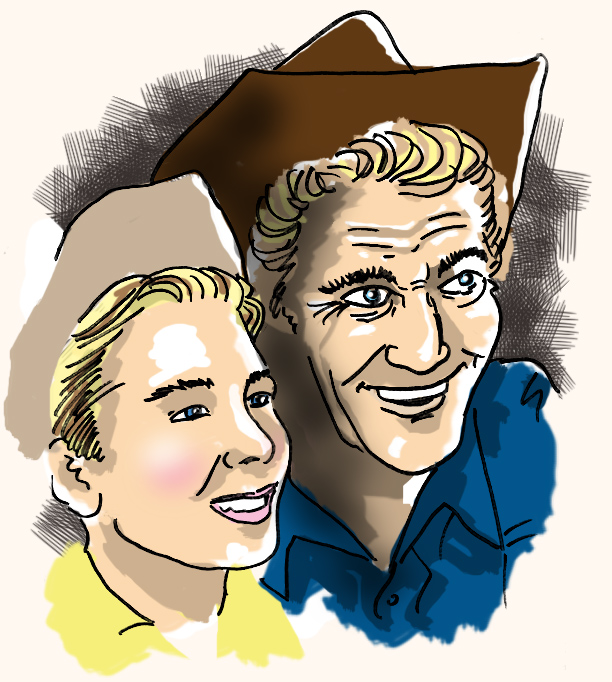 Kevin Connors dreamed of becoming a professional baseball player, one day playing for his beloved Brooklyn Dodgers. At an imposing six-foot-five, the athletic Connors was a natural at first base, often yelling “Chuck it to me! Chuck it to me!” to his teammates on the neighborhood ball clubs, thus earning him the nickname “Chuck.”

Equally adept at hoops, Chuck attended Seton Hall University on a basketball scholarship, but left college after two years to enlist in the Army. After his time in the service, he briefly joined new basketball team The Boston Celtics, where he is credited with breaking the first glass backboard.

Chuck left the team to attend Spring Training with the Brooklyn Dodgers. He kicked around in the minors for a time until he got the call up. He played one game for the Dodgers in 1949. In 1951, he played 66 games for the Chicago Cubs, but was sent back to the Cubs’ farm team, the Los Angeles Angels. While playing in LA, Chuck was spotted by a casting agent from MGM. Chuck soon found himself in a small role in the 1952 Tracy-Hepburn film Pat and Mike. He ditched his career in sports for Hollywood.

Finding roles based on his brawn and family-minded sensibilities was easy for Chuck. He worked steadily and in 1957, he was cast in his breakout role in Disney’s classic Ol’ Yeller. His heartfelt performance impressed the producers of a new television series about a widowed rancher raising his young son in the Old West. They offered Chuck the role, but he was making a good living as a freelance actor and he turned the part down. The producers — Hollywood heavyweights Dick Powell, Charles Boyer, Ida Lupino and David Niven — re-watched Ol’ Yeller with their families and, once again were moved emotionally. They increased their offer. Chuck agreed and production on The Rifleman began.

The Rifleman ran for five seasons on ABC and made Chuck a star. It also introduced former Mouseketeer Johnny Crawford to a bigger, more mainstream audience. Johnny and Chuck hit it off immediately, sharing a common affinity for baseball and Westerns.  After the show was canceled, they remained life-long friends. Chuck appeared in numerous television guest roles after The Rifleman was canceled. He even starred in the short-lived Branded, a Rifleman rip-off for NBC.

In the 70s, Chuck met Soviet Secretary General Leonid Brezhnev at a party given by President Richard Nixon, for whom Chuck was a staunch supporter. Brezhnev lit up at the introduction, recognizing the actor from The Rifleman, one of the few American shows broadcast on Soviet television.

Chuck passed away from pneumonia, stemming from lung cancer, in 1992. Johnny Crawford delivered the eulogy at his funeral. Chuck was 71 years old. He hit 2 home runs in his professional baseball career.