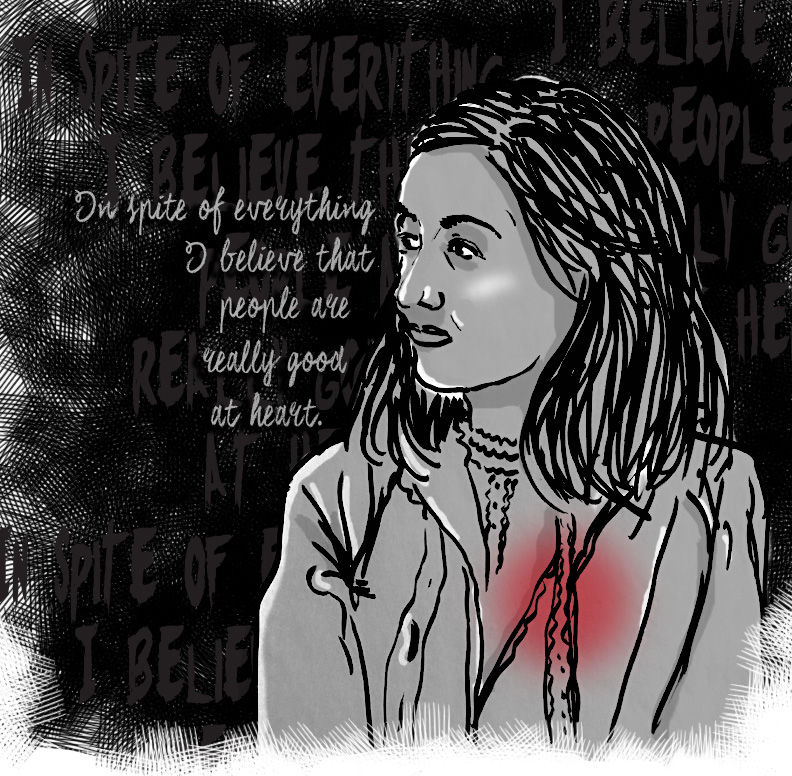 Anne Frank received a journal as a present for her thirteenth birthday. Nearly a month later, she was hiding from the Nazis in a secret annex with her family. She remained in seclusion for a little over two years until someone, who still remains officially unidentified, exposed the family to Nazi officials. Three days after she penned what would be the final entry in her journal, she was captured and transported to Auchwitz, then Bergen-Belsen where she died of typhus just a few months before the concentration camp was liberated.

During her hiding, she stayed hopeful that one day she and her family would go back to their normal life. She looked forward to returning to school and one day achieve her prophetic aspirations of becoming a writer.

After World War II and the eventual posthumous publication of her famed diary, speculations and criticism arose. There were accusations that her father, a survivor of the Holocaust, had fabricated the entire thing. Other skeptics went so far as to claim that “Anne” never existed. Later, it was the subject of proposed bans, labeling some passages as pornographic.

It is difficult to believe that the young girl who endured two years of fearful seclusion, day after day of turmoil, isolated soul-searching and the daily tedium and mounting frustrations of her family was still able to maintain such a bright and optimistic vision of the human race.