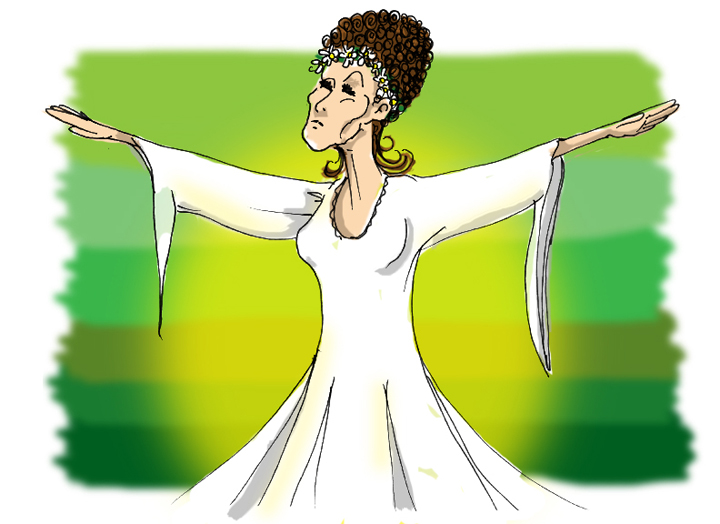 If you are around my age, you remember the catch phrase: “It’s not nice to fool Mother Nature.”

That was the punchline to a ubiquitous commercial for Chiffon Margarine that ran in the late 70s and into the early 80s. The announcer (character actor Mason Adams) informs a cheerful Mother Nature that the butter she is enjoying is actually the laboratory-created Chiffon. He explains “That’s Chiffon margarine, not butter…Chiffon’s so delicious it fooled even you, Mother Nature.”  Mother Nature, now thoroughly pissed off, extends her arms defiantly and, with a sinister tone, announces that “It’s not nice to fool Mother Nature.” A clap of thunder and flash of lightning split the air, as the frightened woodland creatures hide their faces.

Anderson, Clayton and Company, the world’s largest cotton-trading enterprise, started a food division in 1952 — 36 years after its inception.  Chiffon Margarine was developed from research into the uses of cottonseed oil. In 1985, the company sold the Chiffon brand to Kraft Foods. Ten years later, Chiffon was purchased by another food conglomerate, Con-Agra Foods. Con-Agra discontinued manufacture of Chiffon in the United States in 2002, although it is still available in some Caribbean countries under a licensing agreement with Seprod Ltd.

Dena Dietrich, the actress who portrayed the iconic “Mother Nature, ” was a prolific character actress, appearing in comedies, dramas and soap operas, as well as Broadway. At 86. the Pittsburgh native retired to New England, where she most likely starts her day with buttered toast.