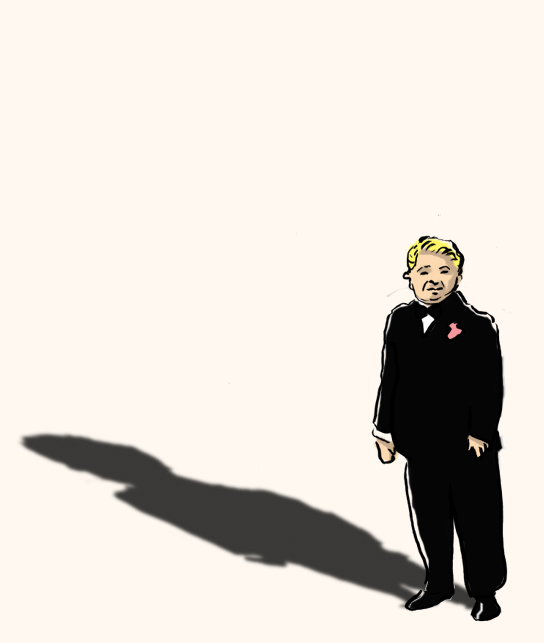 Harry came to the United States as Kurt Schneider at the age of 13. He came with his sisters Freida (later called “Grace”) and Hilda (later called “Daisy”). The family, all little people, worked in the circus for a man named Earles. They adopted his surname professionally, although they were sometimes billed as “The Doll Family.” Their younger sister Tiny joined the act in the early 20s.

Harry made his motion picture debut in the Tod Browning-directed silent film The Unholy Three. The film, starring screen legend Lon Chaney, featured a preposterous plot involving a trio of circus performers embarking on a life of crime. Chaney, a ventriloquist, disguised himself in women’s clothes, passing as a grandmother. Harry, snuggled in a baby carriage, played Chaney’s grandson. Victor McLaglen, the circus strongman, came along for the ride as their accomplice for the heavy lifting. Together, they bilked the wealthy by selling them fake talking parrots. When complaints came in, they would come to the customer’s home to pick up the non-verbal birds and rob the place. Not exactly Mission: Impossible. The movie was remade in 1930, as a talkie, with Chaney and Harry reprising their roles. It would be Chaney’s last film before his death.

But Harry’s career blossomed. He went on to make thirteen more films, including six times as a man playing a baby for underhanded purposes. He still performed with the circus during his film career, eventually starring with Ringling Brothers Barnum and Bailey.

In 1932, Harry starred in the film for which he is most remembered (although not his most famous film.) He played “Hans,” the star of the circus in Tod Browning’s cult masterpiece Freaks. Harry’s sister Daisy was cast in the role of “Freida,” the wife of Harry’s character. (That’s right — his sister was playing his wife.) Featuring another absurd story line, Freaks was notable for presenting actual circus sideshow performers in their actual roles. Movie audiences were horrified and Freaks was eventually banned in many states and in England for 30 years.

Harry’s final film role was as a member of The Lollipop Guild, the little tough-guy Munchkins who welcome Dorothy when she crash-lands in Oz in the 1939 classic The Wizard of Oz. (Harry’s the guy in blue on the right.) Harry returned full-time to the life that made him happy — the circus.

He retired to Florida and lived, with his sisters, in a house that was custom-built to accommodate the family’s small stature. Harry passed away in 1985, at the age of 83.