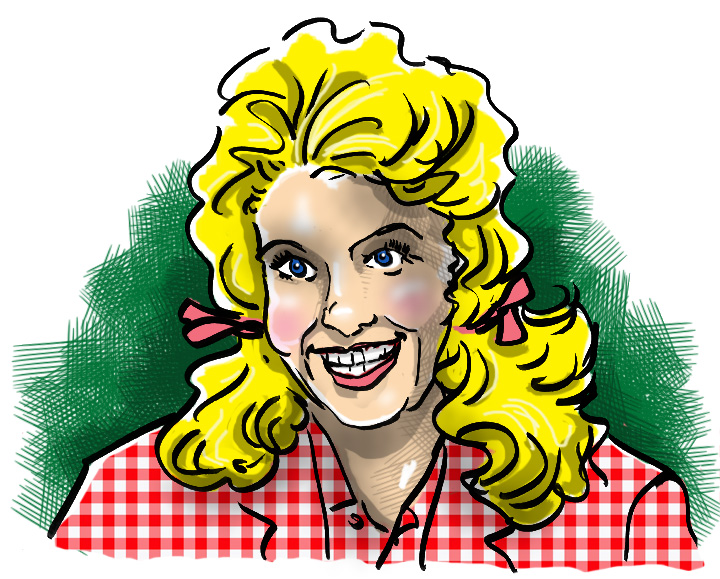 Doris Smith, a pretty Southern tomboy, was voted Miss Baton Rouge in her home state of Louisiana. The excited pageant winner headed to New York City with dreams of breaking into show business. After appearing in print ad for toothpaste, she took the stage name “Donna Douglas” and began going on casting calls. She served as “The Letters Girl” (“Letters. We get letters….”) on The Perry Como Show and “The Billboard Girl” on The Steve Allen Show, before landing her first film role — a small one — alongside Dean Martin and Shirley MacLaine in the 1959 drama Career. In 1960, she starred in a memorable Twilight Zone episode, “The Eye of the Beholder,” in which her voice was dubbed and her face was obscured by bandages for the majority of her screen time.

Soon afterwards, Donna topped a pool of 500 eager actresses for her career-defining role of Jed Clampett’s innocent, critter-lovin’, blond-bombshell daughter Elly May on the popular CBS sitcom The Beverly Hillbillies. The show, although panned by critics, ran for nine seasons and ranked consistently in the Top Ten network programs. She also starred opposite Elvis Presley as “Frankie” to the King’s “Johnny” in the film Frankie & Johnny. After the cancellation of The Beverly Hillbillies, Donna obtained a real estate licence, but still continued to appear on TV, usually reprising her iconic character (or some variation thereof).

In later years, Donna, a religious woman, traveled around the country speaking to church groups and singing gospel songs. She wrote two childrens’ books with spiritual and inspirational themes.

In 1993, Donna (and a writing partner) sued the Walt Disney Company, claiming they stole their book, A Nun in the Closet, and used it as the basis for their hit film Sister Act. Disney offered a one million dollar settlement, which Donna refused. The case was brought to trial and the verdict found in favor of Disney. Donna received nothing.

In 2011, Donna sued Mattel Toys and CBS Consumer Products, claiming they produced an “Elly May” Barbie doll, using her likeness, without her permission. The case was settled before trial, for an undisclosed amount that pleased both parties.

Donna Douglas passed away on New Year’s Day 2015 at the age of 82. By all reports, she was the real-life personification of Elly May Clamplett.

And that’s exactly how I want to remember her.