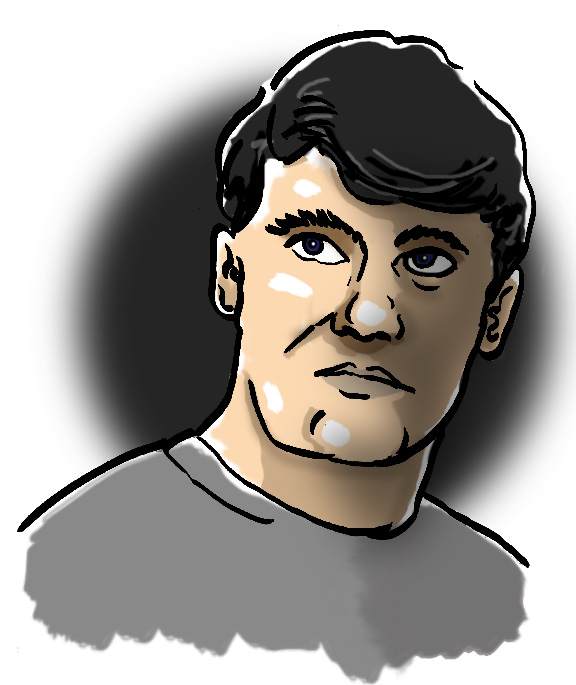 In 1967, a 28 year-old aspiring  film maker named George Romero wrote the screenplay to what would be his first film, Night of the Living Dead. He gained technical experience working as a cameraman/producer for a local Pittsburgh television station where he created segments for the children’s show MisterRogers’ Neighborhood. Romero and his collaborator John Russo pitched the idea — a ragtag group of people fending off an onslaught of reanimated flesh-eating corpses — to a small  Pittsburgh-based industrial film company. Their minimal crew of ten each kicked in $600 to get production started. They eventually needed to raise more funds as the shoot progressed.  Romero rounded up a troupe of actors with scant experience. (Despite having no acting experience, Karl Hardman, president of the film company, and his wife were given roles.) He filmed in black & white under bare-bones conditions with homemade special effects, including chocolate syrup for blood and roasted ham supplied by a friend’s butcher shop as a stand-in for human flesh. In the end, the film came in at a budget of just over $110, 000. It grossed $12 million domestically.

Ronald Keith Hartman, an ambitious young actor from the Pittsburgh area, landed the part of “Tom” in Romero’s film. He and his girlfriend (played by pretty, but talentless, Judith Ridley — real life girlfriend of the film’s producer/co-star Russell Steiner, who played “Johnny”) were part of the group under siege by the undead. Using the screen name “Keith Wayne,” he made the most of the role, hoping it would lead to bigger and better. As a back-up plan, Keith sang in a local band, Keith Wayne and the Unyted Brass Works. His band appeared often on local programming on Pittsburgh television.

Unfortunately, Night of the Living Dead was Keith’s one and only film credit. Unable to further his acting career, he started another band, Ronnie and the Jestors, that proved successful. But in 1980, he abandoned show business entirely and became a chiropractor, setting up his practice in Cary, North Carolina. Now known as Dr. R. Keith Hartman, he also wrote a regular column for a weightlifting magazine.

Keith, however, fought a hidden battle with depression for years. In 1995, after submitting his final paper — “How to Find Chiropractic Help for Bursitis and Tendinitis, Sternum Noises, Knee and Neck Care” — for publication, Keith committed suicide. He was 50 years old.