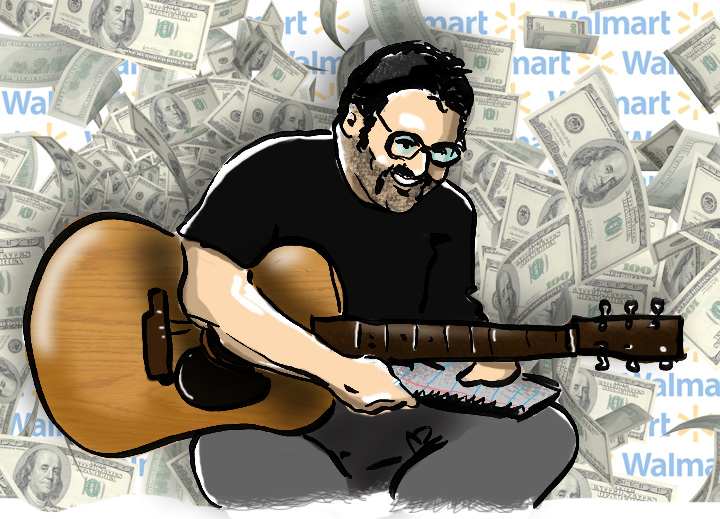 Recently, I had a Twitter conversation with my internet buddy, Philadelphia singer-songwriter-holder of a Guinness Book World Record* Adam Brodsky.

Evidently, folksinger Loudon Wainwright III is featured in a current commercial for retail giant Walmart and Adam didn’t like it one bit. In typical “Josh Pincus” fashion, I smart-assed him. Our exchange went like this (including “two cents” added by Jim Taggart [@tagjim], who I do not know) : 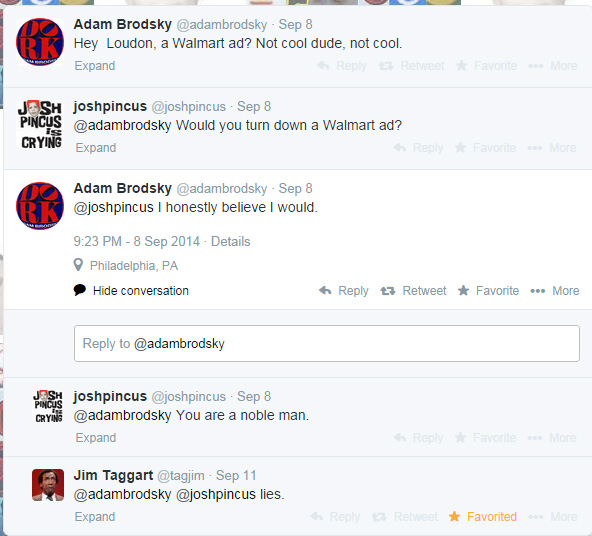 I hope Adam has the sense of humor I think he does.

* Between August 3, 2003 and September 21, 2003, Adam Brodsky set the Guinness World Record for the Fastest Tour by Solo Performer with 50 shows in 50 states in 50 days, and then performed in Washington DC the following night.