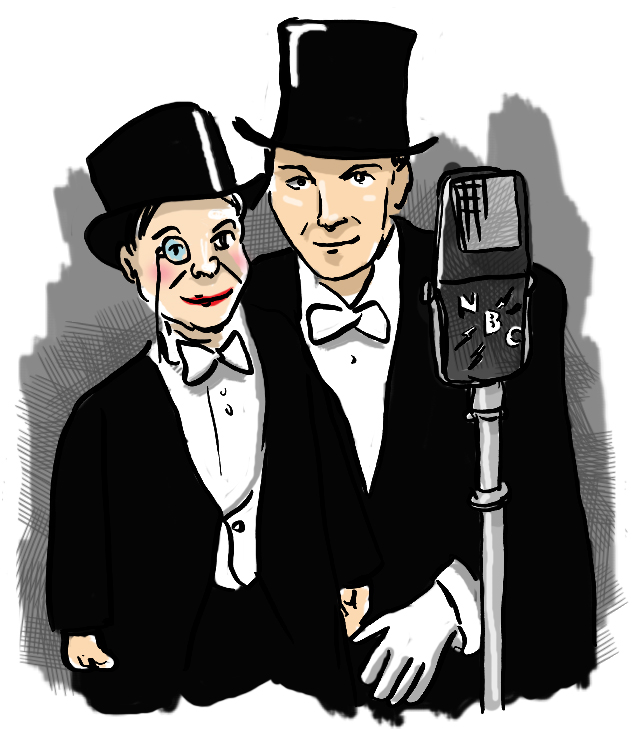 Long before Jeff Dunham, even long before Paul Winchell, there was Edgar Bergen.

Bergen started off as a ventriloquist in vaudeville. He was offered an appearance on Rudy Vallee’s radio program. Bergen proved himself so popular, he was given his own radio show, The Chase and Sanborn Hour (sponsored by the then-famous coffee company), in 1937.  Bergen and his cast of characters — smart-ass Charlie McCarthy, slow-witted Mortimer Snerd and man-hungry Effie Klinker — delighted America well into the 1950s, when television became the leader in home entertainment.

If you think about it, Edgar Bergen had one of the easiest jobs ever. He was a ventriloquist on the radio. Think about that for a moment — a ventriloquist on the radio! He applied a visual form of entertainment to an audio outlet. I often wondered if he even bothered bringing the dummy to the show. The home audience certainly would have never known. Makes you look at Edgar Bergen’s radio career in a whole different light.

Bergen passed away in 1978. His last appearance was a cameo in The Muppet Movie. The film was dedicated to his memory.