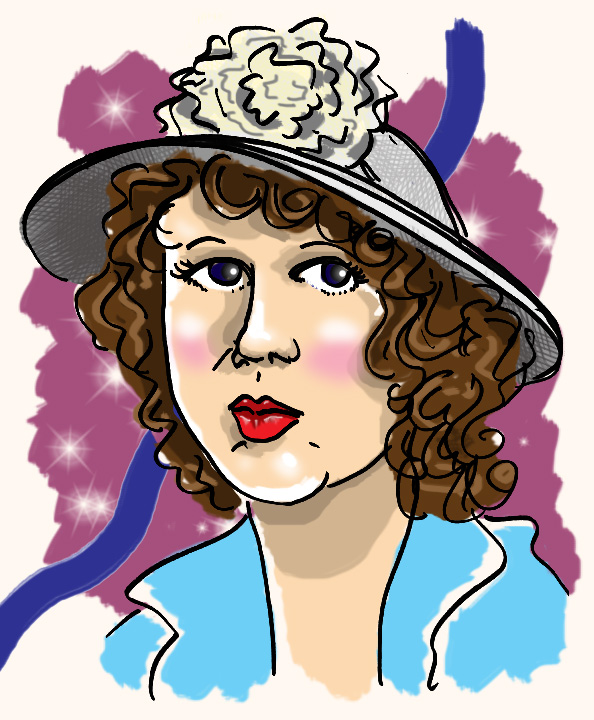 While still a teenager, Rhea Mitchell performed on stages across the Pacific Northwest. It was during one performance in Vancouver, British Columbia, that she was noticed by a talent scout from Hollywood.

She began her film career – one that would span five decades – with a short subject called The Hidden Trail in 1912. From there, she added over 100 roles – mostly uncredited – to her resume. She willingly attempted dangerous maneuvers in scenes, earning her the nickname “The Little Stunt Girl.” Rhea took bit parts opposite  film heavyweights, like Western stars William S. Hart and Tom Mix. In later years, she was cast alongside Spencer Tracy and Hedy Lamarr. Rhea’s starring roles were few, but she was content to play in the background.

In 1952, after a small role in Member of the Wedding, Rhea called it a career. She began managing several apartment buildings in Los Angeles. In September 1957, Rhea’s body was discovered by a houseboy at the La Brea District Apartments. As the investigation unfolded, the very same houseboy, Sonnie Hartford, Jr., confessed to strangling Rhea with the sash of her dressing gown. Sonnie stated that he wasn’t sure why he killed her. He had made an inappropriate remark to her and she was offended. Sonnie panicked and killed her in fear that she would tell the building’s owner, resulting in the possibility of him losing his job.

Rhea, long forgotten by Hollywood, was 66.